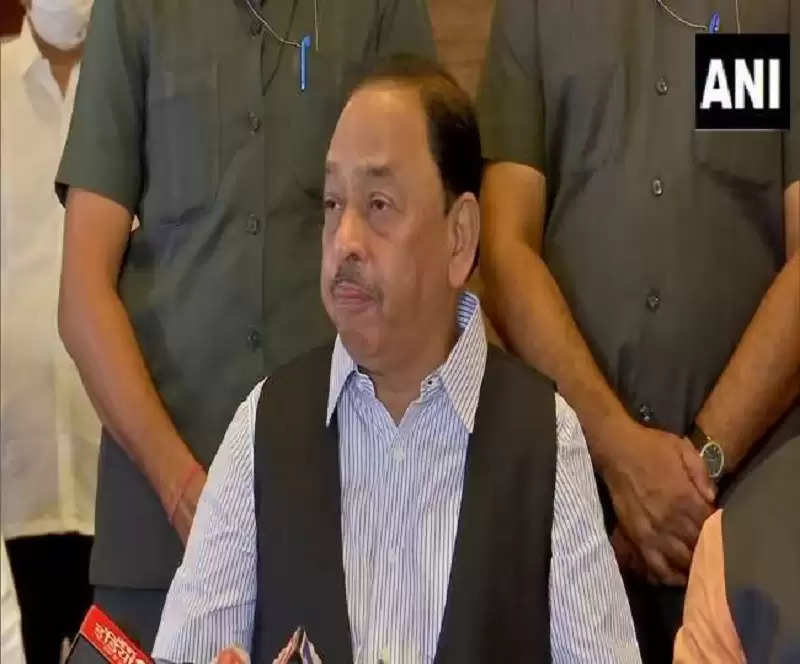 Politics in Maharashtra has intensified after Minister Narayan Rane's objectionable statement on Uddhav Thackeray. Rane had spoken of slapping Uddhav Thackeray during the BJP's Jan Ashirwad Yatra. According to news agency PTI, FIRs were registered against Narayan Rane at many places, after which he was arrested. Earlier, his anticipatory bail plea was rejected by the Ratnagiri Court. No relief has come from the Bombay High Court.


Taking objection to Rane's statement, Shiv Sena ransacked many places. Slogans were thrown at the BJP office in Nashik. A clash broke out between Shiv Sena, BJP workers, and police near Narayan Rane's residence.

Rane had made remarks against CM Uddhav Thackeray yesterday pic.twitter.com/C3xP843iwV

According to news agency ANI, a case under sections 153 and 505 of the Indian Penal Code was registered at Chaturshringi police station in Pune city on Tuesday following a complaint by Yuva Sena. However, Rane has no information about this FIR. He has claimed this.

On the matter of registration of the case, he said, 'I have no information that an FIR has been registered against me. I am not a common man. I have not committed any crime. If no one knows about 15th August, is it not a crime? I said I will slap - these were words and it is not a crime.'

At the same time, Shiv Sena workers are taking out a protest march towards his residence in Mumbai against Union Minister Narayan Rane's statement regarding Chief Minister Uddhav Thackeray. During this, there was also a clash between Shiv Sena workers, BJP workers, and the police. Stones were pelted at the BJP party office.

The Union Minister and BJP leader had given a statement against CM Uddhav Thackeray yesterday. pic.twitter.com/Y3A3cWZbTa— ANI (@ANI) August 24, 2021

A group of Shiv Sena workers pelted stones at the BJP party office in Nashik and raised slogans against Union Minister Narayan Rane. The team left to nab the Union Minister.

Nashik Police Commissioner, Deepak Pandey said, “Shiv Sena Nashik chief filed a complaint last night that Union Minister Narayan Rane's statement (against Maharashtra CM) has hurt him, it may lead to law and order situation. Keeping this in mind, an FIR has been registered at Nashik Cyber ​​Police Station. Pandey further said that this is a serious matter. A team has been sent from here to nab the Union Minister. Wherever he is, he will be produced before the court. We will abide by the court's decision.

Rane courted controversy while addressing the BJP's Jan Ashirwad Yatra in Raigad district on Monday. The BJP leader, who was recently inducted into the Narendra Modi cabinet and the former Shiv Sena chief minister, said Thackeray had forgotten the year of independence during his address to the people of the state on August 15 and if he was present on the occasion. , then put it under his ear.

Rane's remarks drew sharp reactions from the ruling Shiv Sena, whose workers put up several posters in Mumbai and other places, calling them "chicken thieves". Behind this was a reference to the chicken shop he ran in Chembur five decades ago, when he was in the party led by Bal Thackeray.

Show Modi the way out