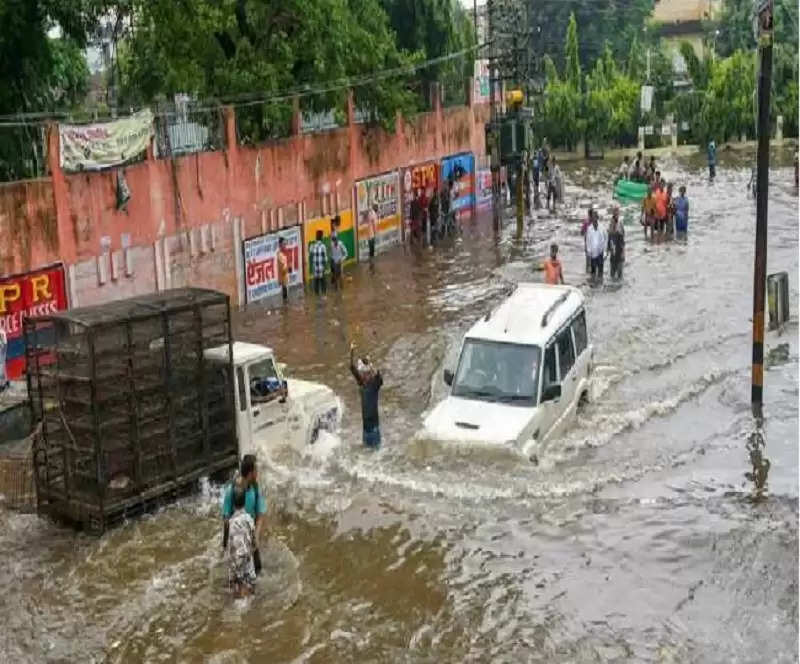 It is raining continuously in some parts of the country. The water level of rivers in Bengal including UP-Bihar, Assam, already affected by floods has increased. Now there is news that a flood-like situation is prevailing in Assam as well. The Brahmaputra river and its tributaries are in spate due to heavy rains. Due to this, the villages of Laika-Dadhiya in Tinsukia-Dibrugarh have been submerged. Due to heavy rains, water has also entered in Panikhaiti village of Kamrup. People are facing a lot of trouble. Not only this, but the incidents of landslides are also increasing due to heavy rains.


According to PTI, three houses collapsed in Dharchula, Uttarakhand due to heavy rains. During this 3 people have lost their lives. Apart from this, news agency INS said that there has been devastation in Telangana also due to heavy rains. Here five people, including a bride, were reported to have drowned in two separate incidents in Vikarabad and Ranga Reddy districts. The search operation of rescue workers is on.

Even in UP, due to heavy rains at this time, there is a bad situation. Water has entered the villages of Amroha located here. Due to this, the problems of the people have increased. According to the report, the water level of the Tigri Ganga and Ramganga nutrition canal is increasing continuously in the Gajraula area of ​​Amroha district. Now the flood water has turned towards the villages situated on the banks of the Ganges. Due to this, the farm roads have been completely submerged. There is a danger of flood in Moradabad. The water level of the Ramganga river has increased here. The employees of flood posts have been alerted.