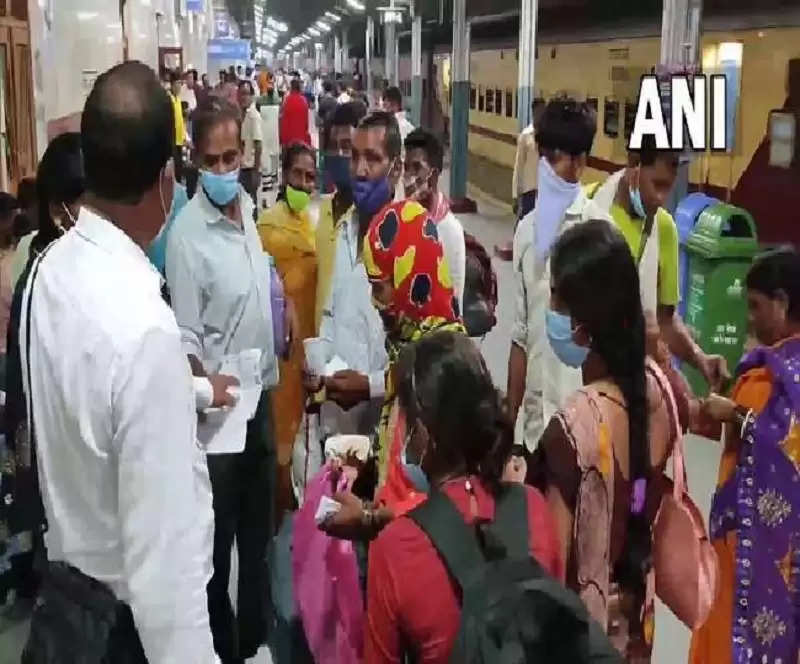 It has been several months since the farmers' protests across the country. Even today, in many states, farmers are continuously on dharna. The farmers are protesting about their problems related to the decisions of the Government of India. Every day, farmers close the railway track to the highway due to some of the other problems. This was seen in Punjab on the previous day when farmers also blocked the railway track and staged a sit-in on the highway over their other problems besides agricultural laws. Now the news of the cancellation of four trains in Uttar Pradesh has come to the fore. Four trains have been canceled at two railway stations in UP due to farmers' protests.


Four trains were stopped on Friday at Moradabad and Bareilly railway stations in Uttar Pradesh due to farmers' protests. Two trains each were affected at both stations. Rail services were disrupted due to the protest, causing considerable difficulty for passengers to reach their respective destinations. Meanwhile, a railway official said that five counters have been set up at Moradabad railway station where passengers can take a refund for their tickets.


Speaking to ANI on the matter, JK Thakur, a railway official at Moradabad railway station said, "Given the protest of the farmers, two trains have been canceled in Moradabad and two in Bareilly. We have opened 5 counters for a refund of passengers.


A passenger at a refund counter at Moradabad railway station said, “We were asked to vacate the train as it was told that the train would not go ahead. I have come to cancel my ticket and get a refund.

The protest is related to protests by farmers against three newly enacted agricultural laws at various borders of the national capital since November 26 last year. The bills are: Farmers Produce Trade and Commerce (Promotion and Facilitation) Act, 2020;

Let us inform you that the farmer's leaders and the Center have held several rounds of talks but none were considered successful, which could have ended the protests. Earlier on Friday, farmers blocked the national highway and railway track in Jalandhar, Punjab, demanding that the minimum support price (MSP) for sugarcane be declared. Due to this, bus services from Jalandhar to Amritsar, Ludhiana, and Chandigarh were affected on the Delhi-Amritsar National Highway.

Visuals of protest saw hundreds of people waving farmers' union flags and raising slogans against the government on NH 1. 32 Kisan Sangh's gathered for this protest.

They have also blocked the railway track near Dhanowali village, due to which Shane Punjab Express (Amritsar to Delhi) was stopped at the station in Jalandhar. At least seven other trains, including the SVDK Vande Bharat Express, were also affected.