Explained: Why did Congress make Charanjit Singh Channi the CM of Punjab? Here are 5 reasons 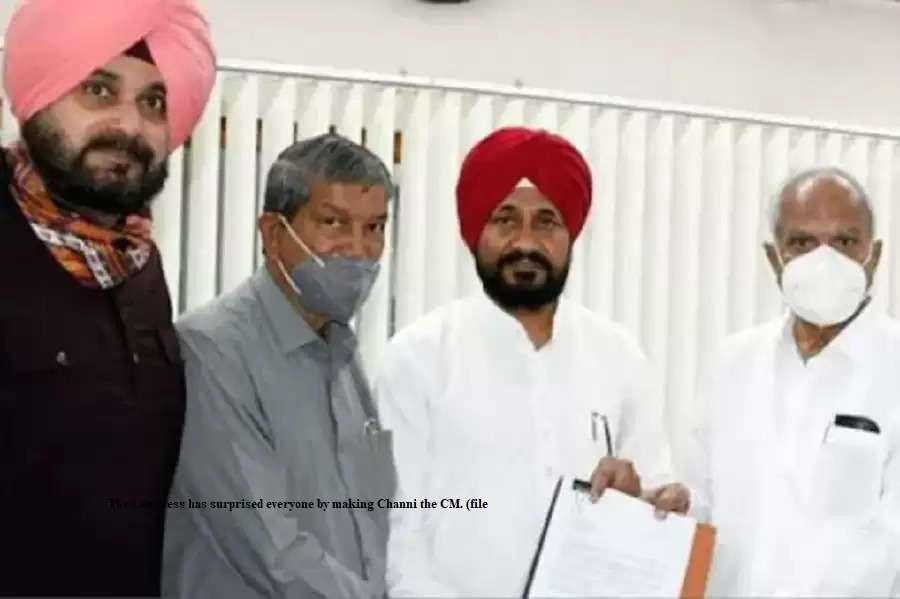 Punjab New CM Charanjit Singh Channi: Earlier, the post of CM in Punjab has always been dominated by Jat Sikhs. The question arises that why did Congress bet on Channi just before the election.


Chandigarh. After the resignation of Captain Amarinder Singh, the Congress has elected Charanjit Singh Channi as the new Chief Minister of Punjab. He will take oath today. Congress has surprised everyone by making 58-year-old Channi the CM. He was the Minister of Technical Education and Industrial Training in the Captain's cabinet. Channi will be the first Dalit Chief Minister of Punjab. Before this, the post of CM in Punjab has always been dominated by Jat Sikhs. The question arises as that why Congress has played bets on Channi just before the election.


Assembly elections are to be held in Punjab in February next year. In such a situation, it is believed that the model code of conduct will be implemented there from January itself. That is, the new CM will have a maximum of three months to work. Let's take a look at the five reasons why Charanjit Singh Channi has been made the CM…

Punjab has the highest number of Dalits in the country. 32 percent of Dalits live here. Some researchers say that after the new census comes, the number of Dalits in the state can reach 38 percent. Though Jat Sikhs constitute only 25 percent of the population in Punjab, they have traditionally monopolized political power in the state. Congress has 20 Dalit MLAs. There are 36 reserved constituencies in the 117-member assembly - only three of them were inducted into the cabinet. Let us tell you that there was a long-standing demand of Dalit CM in the state.

2. The biggest weapon to stop

the opposition is the Bahujan Samaj Party and Shiromani Akali Dal have allied for this election. Both these parties have a large number of Dalit leaders. Apart from this, the Aam Aadmi Party, which is dominated by Dalit MLAs, is promising a Dalit Deputy Chief Minister if it comes to power. BSP and Akali are also constantly talking about giving opportunities to Dalits. In such a situation, it is believed that now Congress can also get the support of Dalits.

Charanjit Singh Channi is not only a Dalit but he is also a Sikh. Congress veteran Ambika Soni had earlier rejected the proposal to elect former PPCC chief Sunil Kumar Jakhar as the chief minister, saying that a Punjabi Suba (state) cannot have a Hindu CM. Opposing his candidature, Prisons and Cooperation Minister Sukhwinder Singh Randhawa had also said that if he allows a non-Sikh to become the CM, he will not be able to face the future generation. But under Channi's leadership, there is no such fear.

, known for their political acumen, will be able to negotiate with the opposition camp in the Channi party. He is close to the three ministers who had opened a front against Captain Amarinder Singh. In such a situation, it will be difficult for Amarinder Singh to target a Dalit.

5. Connecting with the public

Charanjit Singh Channi is said to be a leader from the ground. He started his politics as a student leader. He was very popular as the Minister of Technical Education. He organized employment fairs to employ the youth. He was constantly engaged in opening new colleges and centers. The party hopes that they will be able to provide jobs and education in a state where youth are migrating.