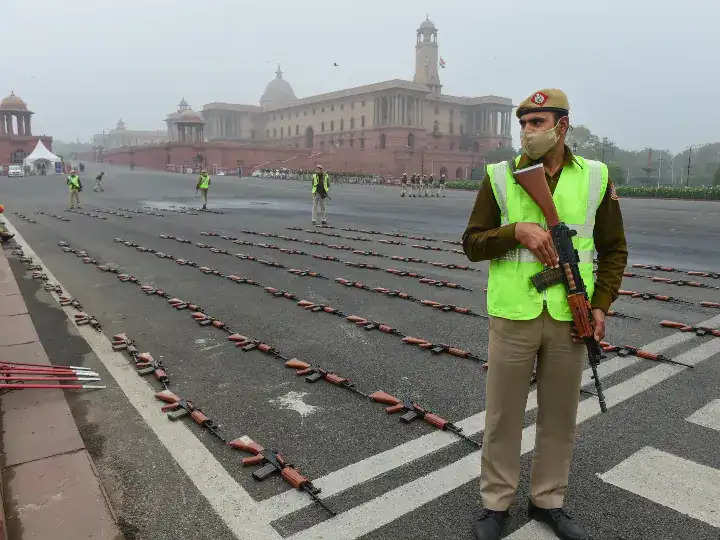 Delhi Coronavirus: Delhi Police said that more than 300 policemen including PRO and Additional Commissioner Chinmoy Biswal have been found to be Corona positive.

Corona New Cases In Delhi: Amidst the threat of Omicron, the speed of Corona in the national capital Delhi has now become completely uncontrollable. Even after the night curfew and weekend curfew imposed by the Delhi government for the prevention of Kovid-19, there does not seem to be any significant effect on its speed. According to news agency ANI, Delhi Police said that more than 300 policemen including PRO and Additional Commissioner Chinmoy Biswal have been found to be Corona positive.

A day before this, i.e. on Sunday evening, according to the report released by the Delhi Health Department, 22 thousand 751 new corona cases were reported in Delhi during the last 24 hours. After which the total number of people infected with corona has increased to 15 lakh 49 thousand 730. At the same time, 17 corona-infected patients have also lost their lives during this period in Delhi. With this, the death toll has now reached 25 thousand 160.

The positivity rate in Delhi at present is 23.53 percent. At the same time, 10 thousand 179 people have also been cured in the last 24 hours. At present, there are 60 thousand 733 active cases of corona in Delhi. Significantly, on Saturday, 20 thousand 181 new cases of corona infection were reported. Now the death toll from Corona in Delhi is increasing rapidly. According to the health bulletin released by the Delhi government on Sunday, 17 people have died due to corona in the last 24 hours. At the same time, seven people died from Corona on Saturday.

This is the biggest death toll after June 16, before that on June 16, 25 people died of the corona. According to the Health Bulletin, 22,751 new corona cases have been reported in Delhi in the last 24 hours on Sunday, which is the highest number of cases in about 8 months, that on May 1, 25,219 cases were reported, and with this corona active in Delhi. The number of patients has now reached 60,733.

Earlier on Sunday afternoon, Delhi Chief Minister Arvind Kejriwal held a press conference through video conferencing and said that there is no need to panic after seeing the death toll, because yesterday about 20 thousand cases had come and before that on May 7, so many cases. Have arrived. Kejriwal said that if we compare then and now, there were 341 deaths during that time, but yesterday there were only seven deaths in so many cases.

CM Arvind Kejriwal further said that 20 thousand beds were filled in the hospital then, but now only around one and a half thousand beds are filled in hospitals. But during this time be careful, definitely wear a mask. Kejriwal said that I am giving this information so that you do not panic, the situation is under control.