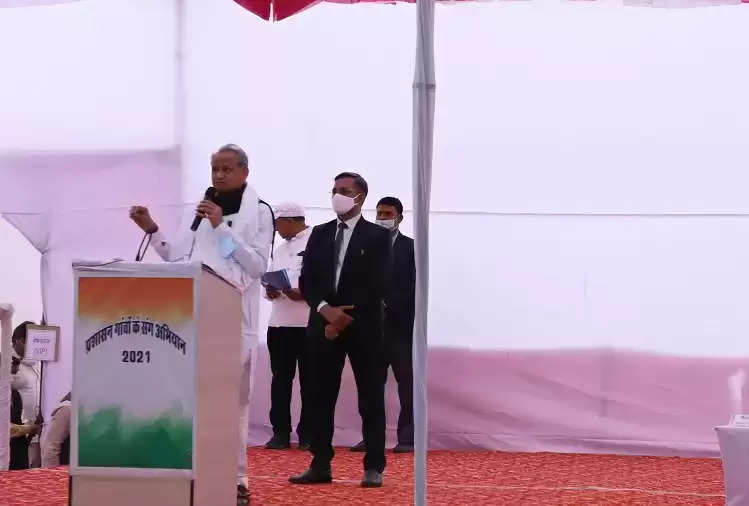 The state government will always stand by the people in happiness and sorrow. In the campaign with the administration villages and cities, relief is being provided by working on the spot.

Chief Minister Ashok Gehlot said this while addressing the villagers present in the campaign camp along with the administration villages in Bosaria village of Uniara Panchayat Samiti of Tonk district on Wednesday.

The Chief Minister said that campaigns have been started to provide relief to the people in their panchayats, in which the work of 22 departments is being done. Gehlot said that the state government is committed to providing better services to the people in every field. English medium schools are being opened so that the students of the state do not lag in getting higher education and employment.