Charanjit Channi: There was no discussion about the name of Charanjit Singh Channi, then how was the CM of Punjab elected - INSIDE STORY 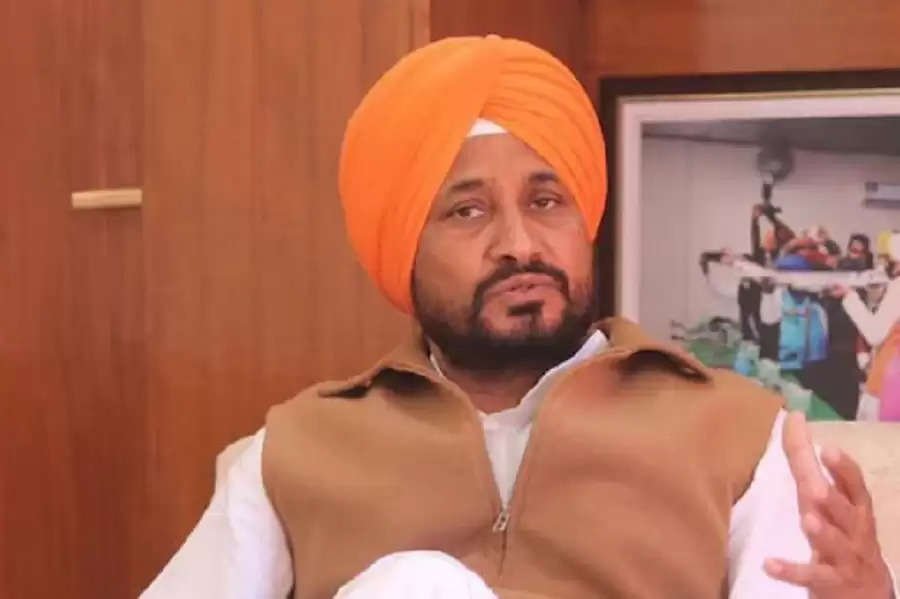 Punjab Assembly Election 2022: Charanjit Singh Channi will be the next Chief Minister of Punjab, but he was neither the first choice of the Congress high command nor the Congress Legislature Party expressed consensus on his name. had.


Chandigarh. Charanjit Singh Channi will be the next Chief Minister of Punjab, but he was neither the first choice of the Congress high command nor the Congress Legislature Party (CLP) unanimously expressed his name. had. His rise as the first Dalit CM of Punjab was the result of the day-long turmoil and frustration amid the Sikh versus Hindu CM lobbying by senior Congress leaders. After the verdict, however, several leaders told the Indian Express that the appointment of a Dalit as chief minister in a state with nearly 32 percent Dalit population was a "concrete political decision" - despite all opposition parties trying to woo the community. For the assembly elections in the state, the Akali Dal has tied up with the BSP and had announced that if voted to power, a Dalit would be made the Deputy Chief Minister. At the same time, the Aam Aadmi Party also has the support of the Dalit vote bank. The BJP has also promised to make a Dalit the chief minister if it comes to power in the state.


A Congress leader from Punjab said, "The message is clear that while all other parties are announcing that important posts will be given to Dalits if the government is formed in 2022, we have already done so." Along with giving Channi the chief minister's post, the Congress high command has also ensured that he is kept under control, allowing state Congress president Navjot Singh Sidhu to emerge as the party's Jat face. The party hopes that the decision to make a Dalit the chief minister will not be challenged by the factional leaders within the party, whose eyes were on the chief minister's chair.

Earlier, when the process of choosing the Chief Minister was going on, a leader of little political stature in Punjab was lobbying for his name all day. Sources said that before the Sikh versus Hindu equation came to the fore, Congress leader Rahul Gandhi's initial choice was former Punjab Congress president Sunil Jakhar. Sidhu, however, was reluctant to give Jakhar the top post, perhaps out of fear that he would emerge as a new power center. Veteran leader Ambika Soni also strongly opposed Jakhar's name. Sources said that he had conveyed his objection to Congress President Sonia Gandhi on Friday itself.

In such a situation, under an agreement, the high command approached Ambika Soni, who rejected the offer. In fact, Ambika Soni, a 79-year-old Rajya Sabha MP, a long-time loyalist of the Gandhi family and possessed of sharp political skills, surprised even the high command by making her decision public. After meeting Rahul Gandhi, Ambika Soni said, 'I have refused. The process of selecting the leader of the Congress Legislature Party is going on in Chandigarh. The Secretary-General is there. There are also two observers. They are talking to each other. Talking to all the MLAs and taking their views in writing.

He said that the chief minister should be a Sikh as Punjab is the only state where a person from the community can become the chief minister. And in such a situation, once again the exercise started in the Congress to choose the Chief Minister. The CLP meeting, which was to be held at 11 am, was called off as the Sikh pitch of Sony sparked a new debate. Some leaders claimed that she was lobbying for Sukhjinder Singh Randhawa. Some disagreed. A senior leader said, 'In Congress politics, what is happening. It is often not what you see or hear. It is sometimes the opposite. He said Soni's remarks were meant to oust Jakhar and make the Sikh leader the chief minister.

It was also learned that Navjot Sidhu opposed Randhawa's election, but told the high command that he would have no problem if a Dalit becomes the next chief minister. The senior leader said Randhawa was objecting to Jakhar's candidature, saying that a Hindu should not be the CM of a Sikh-majority state. As a compromise, Channi was elected chief minister. Meanwhile, Congress MPs opposing Sidhu's promotion as Punjab Congress president and supporting then CM Amarinder Singh in July held a meeting at the residence of former state chief Pratap Singh Bajwa and decided to oppose Jakhar.

, an MP told The Indian Express that he had no problem. At the same time, another MP said, 'If a Hindu has to be made the Chief Minister, then why not Manish Tewari, MP from Anandpur Sahib.' Sources said opinion was divided among the MLAs as well. One claimed that Jakhar got 38 votes, followed by Randhawa with 18 votes and Amarinder's MP wife Preneet Kaur 12 and Sidhu five. As it became clear that the high command was looking at a Sikh candidate, Randhawa went ahead. Meanwhile, Sidhu implied his tusk against Randhawa.

With no consensus being reached and time running out - the party wanted the new chief minister to take oath before the start of the Pitru Paksha. Then the high command considered Channi's name. According to the report, many leaders said that they were not aware of who had proposed their names. A senior leader said earlier in the day, “Names have been called to ensure their elimination. This is a classic high command operation. There will be chaos and confusion and in the end, the Congress President will nominate someone. Another leader said that outgoing Finance Minister Manpreet Badal is the only leader to support Channi.

The lobbying against Channi continued till the end,

sources said, adding that Lok Sabha MP and retired IAS officer Amar Singh's name was also proposed by his camp. Singh is a Dalit from Fatehgarh Sahib, who was appointed by Sidhu as one of his advisors. Finally, Rahul Gandhi went to his mother Sonia Gandhi's residence and took her approval in the name of Channi. He then met AICC General Secretary (Organisation) KC Venugopal - and asked AICC General Secretary Harish Rawat to announce Channi's decision to elect CLP leader.

Rawat told the media that a unanimous decision was taken on Channi's name, but sources said the lobbying against Channi continued till the last minute. A lot of text messages were sent by the Punjab unit to the high command