Bharat Bandh: Heavy traffic jam on Gurugram-Delhi border, such as the situation 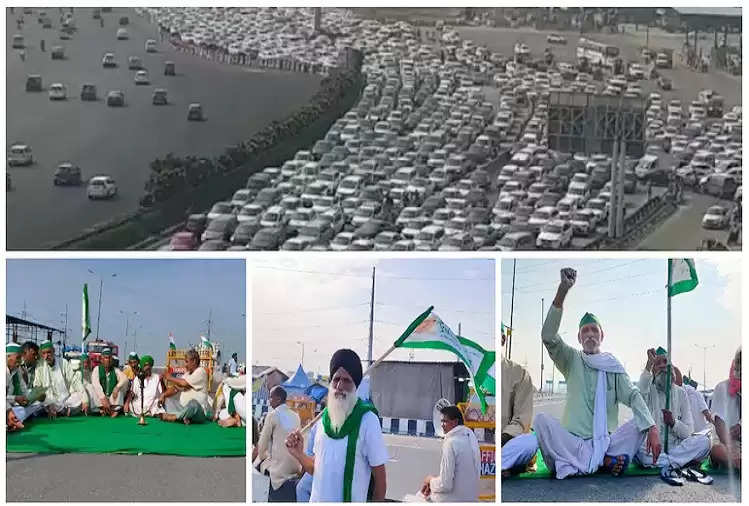 Today, due to the Bharat Bandh, many important routes and borders of the Delhi National Capital Region (NCR) have become heavily congested. Traffic is being blocked on some routes due to security checkpoints, which is slowing down vehicular movement.

The Bharat Bandh has been called by the United Kisan Morcha, an umbrella organization of over 40 farmers. Due to this, security has been beefed up at some protest sites in Delhi NCR, leading to heavy traffic jams at major borders of the state.

As per reports, there is a major traffic blockage at the Delhi-Gurugram border as security has put up barricades and is checking all cars in and outside the national capital. Traffic movement was majorly affected during office hours from 10 am to 12 noon.

Similarly, a major traffic block was witnessed at the Delhi Noida Direct (DND) flyover, which connects Uttar Pradesh with the national capital. Due to the ongoing Bharat Bandh, protesters have blocked large stretches of roads in Delhi, leading to traffic jams.

The SKM, which is opposing the three agricultural laws of the Center, has called for a Bharat Bandh today. Bharat Bandh will start from 6 am today and will continue till 4 pm. Hundreds of farmers have blocked major highways in Delhi and parts of Haryana to mark one year of farmers' protest.

Several protesters were also seen sitting on train tracks in Amritsar. According to media reports, protesters agitating against three agricultural laws were sitting on a railway track in Punjab's Devidaspura village in Amritsar, in support of the Bharat Bandh called by farmers' organizations, today. 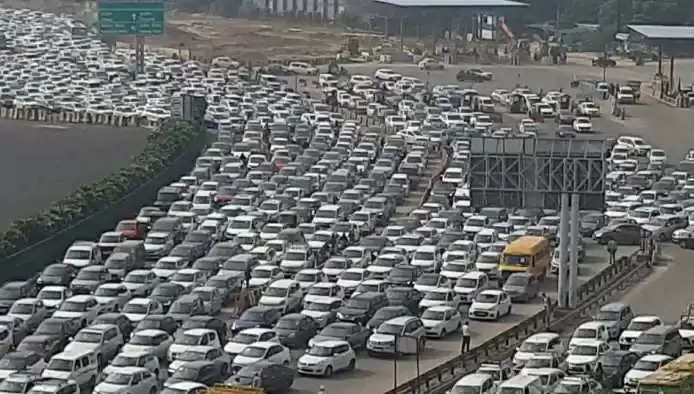 Though most of the roads in Delhi, including NH 1 connecting Delhi and Haryana, have been closed, emergency services will continue as usual. Ambulances, vegetable, and milk vehicles will run as per their normal schedule, and emergency establishments, essential services such as hospitals, doctor's clinics, medical stores will remain open.