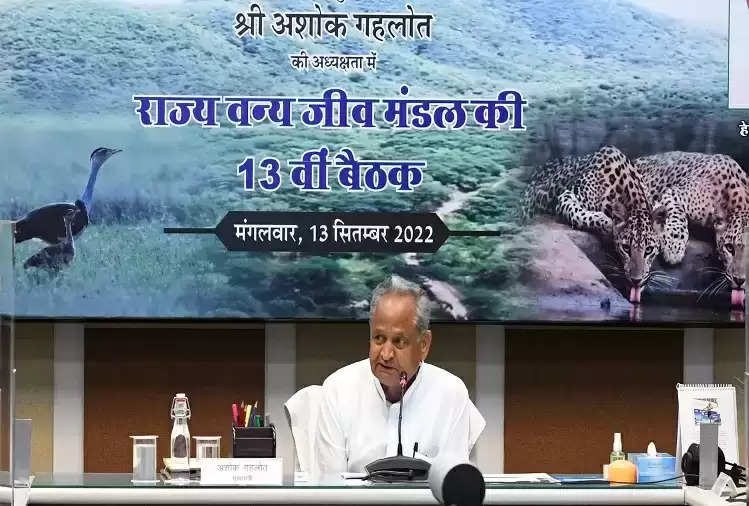 Wildlife week will be organized in Rajasthan from October 2. Chief Minister Ashok Gehlot has given this information through social media. CM Gehlot tweeted in this regard that on Tuesday addressed the meeting of the State Wildlife Board at the Chief Minister's residence. Wildlife conservation is our top priority. Due to the untiring efforts of the state government in wildlife conservation, the number of tigers in the state has exceeded 100.

At the same time, the number of other wildlife including Panther, Blackbuck, Chital, Deer, Kharmor is also increasing continuously. Instructed departmental officers to carry out action plan work as per requirement in the sanctuaries of the state including Ranthambore, Sariska, Mukundra, and Ramgarh Vishdhari.

Wildlife week will be organized across the state from October 2. During this, interesting activities related to increasing curiosity about wildlife among the general public including school children will be organized. He also directed the departmental officers to prepare an action plan for the whole week.