'Why did you take Rs 50 crore from me?': Conman Sukesh writes an open letter to Delhi CM Arvind Kejriwal! 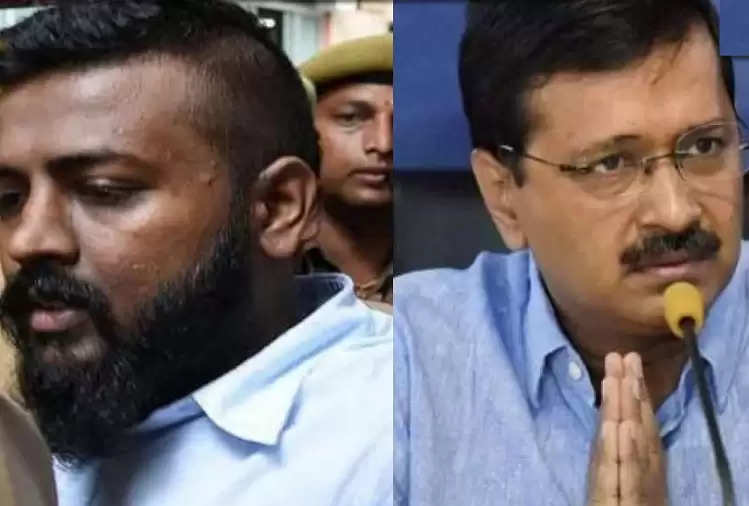 In a letter issued on Friday, Sukesh asked the CM, "If I am the biggest thug in the country then on what basis you took Rs 50 crore from me and offered me a Rajya Sabha seat."

Sukesh said that he has also filed a fresh complaint with the Lieutenant Governor of Delhi against Kejriwal, AAP leaders Kailash Gehlot and Satyendar Jain.

He further asked in his letter, "Kejriwal Ji in 2016, why did you force me to bring 20 to 30 more people to give Rs 500 crore cash to the party in lieu of seats and postings in Karnataka and Tamil Nadu?"

Sukesh even alleged that Kejriwal had attended his dinner party with AAP jailed leader Satyendar Jain at a five-star hotel in 2016.

"Why did you attend my dinner party with Mr. Jain in 2016 at Hayat, Bhikaji Cama Place where I was staying after paying Rs 50 crore which I paid on your instructions to Mr. Satyendra Jain at Gehlot Farmhouse in Asola?"

He further asked- "Kejriwal Ji, why did you force me and keep on chasing to ensure that Mr. Bhaskar Rao, former Commissioner of Police, Bangalore joins AAP only after his service as a super cop?"

Sukesh said, "Kejriwal Ji, why did you talk to me on Mr. Jain's phone in 2017 when he had come to meet me in Tihar Jail? The name was saved as AK-2 on the black iPhone."

He said, "Kejriwal Ji why did you ask Mr. Jain to ask me to persuade some Tamil Nadu MLAs and actors to join AAP? Why was there constant pressure on me in 2016 and 2017?"

He further said- "So, therefore, Kejriwal Ji, before pointing fingers at me and trying to politicize the issue and divert the subject in the minds of the people, now the time has come that you will be accountable to the law because I will present proof of every transaction and interaction between you. I don't think I will back down."