When BJP targeted the price of Rahul Gandhi's T-Shirt, Congress said 'the ruling party is scared! 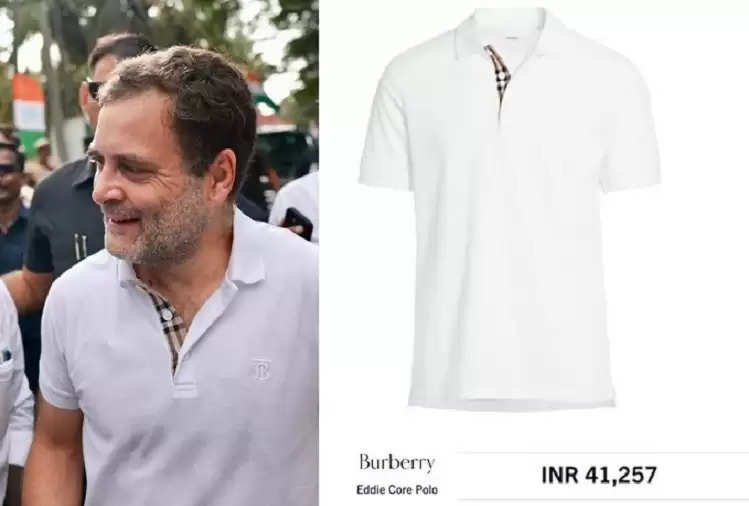 The BJP on Friday hit out at Congress leader Rahul Gandhi, saying he was wearing a T-shirt worth over Rs 41,000 while participating in the Bharat Jodi Yatra.

On Twitter, the BJP posted a collage of Rahul's photographs on one side and a similar one wearing a white Burberry t-shirt on the other and claimed that it cost Rs 41,257. The saffron party also gave a cryptic caption - "India, look!"

Congress retaliated and said, 'Hey... are you afraid? Seeing the crowd gathered in India Jodo Yatra. Speak on the issue... Speak on unemployment and inflation.' It further said, 'If we have to talk about clothes, then talk about Modi Ji's suit worth Rs 10 lakh and his glasses worth Rs 1.5 lakh.

Congress leader and its social media in-charge Supriya Shrinet also tweeted, "Dear BJP, it looks like you were blown away by the mass revolution! How upset are you!!!"

The BJP, citing the Congress's defeat and the exodus of its leaders, said that the party's relationship with the people and its own members has been broken by the Congress.