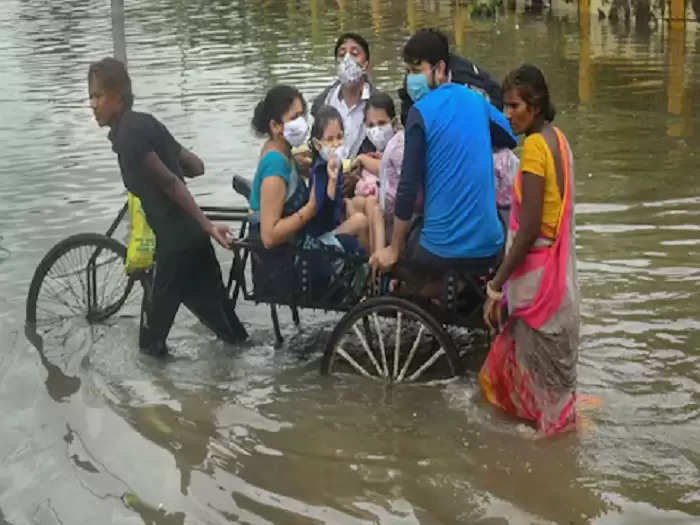 At least 14 people died in rain-related incidents in Gujarat and Madhya Pradesh. Thousands of people were shifted to safer places due to heavy rains that lashed parts of the west and central India on Monday. In Maharashtra's Gadchiroli and Nashik districts, three persons went missing after the water level of several rivers increased due to heavy and incessant rains, while several temples were situated on the banks of the Godavari river were submerged. In the Gadchiroli district, three people were washed away in a drain in the last three days and their bodies were later retrieved, officials said. However, three more people are still missing after they were washed away in the drain, he said. Mumbai and its adjoining areas also received moderate rain on Monday. After more than a week, parts of Delhi received rain on Monday afternoon, providing some respite from the sultry weather. However, by evening, the weather turned humid again. 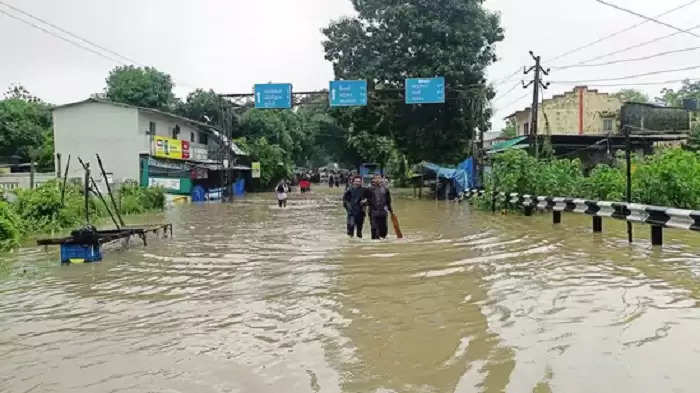 Rivers are in spate in Gujarat's districts, and the flood situation
Meteorological Department officials said that there was moderate rain at most places in Rajasthan, while there was heavy rain at isolated places in the last 24 hours till Monday morning. At least seven people died due to heavy rains in the districts of south and central Gujarat. The rains created a flood-like situation in many areas, while over 9,000 people were shifted and 468 were rescued. In South Gujarat, Dang, Navsari, Tapi, and Valsad districts were affected, while in Central Gujarat the rain-affected districts are Panchmahal, Chhota Udaipur, and Kheda.

Heavy rain warning for next 5 days in Gujarat
The Meteorological Department has issued a warning of heavy to very heavy rain in Dang, Navsari, Valsad, Tapi and Surat during the next five days. Prime Minister Narendra Modi and Union Home Minister Amit Shah have assured Gujarat of all possible help from the Centre. State Disaster Management Minister Rajendra Trivedi said, 'Seven people died in rain-related incidents in the last 24 hours, since June 1 till now 63 people have died in rain-related incidents like lightning, drowning, wall collapse in Gujarat. happened.'

Lightning killed 7 people in Madhya Pradesh
The Meteorological Department has issued an 'Orange Alert' for heavy to very heavy rains in 33 out of 52 districts of Madhya Pradesh, while seven people have lost their lives in the last 24 hours due to lightning due to incessant rain. Seven people were killed in lightning strikes at different places in the 24-hour period ending at 2.30 pm on Monday, taking the death toll from such incidents across the state to 60 since June 1. 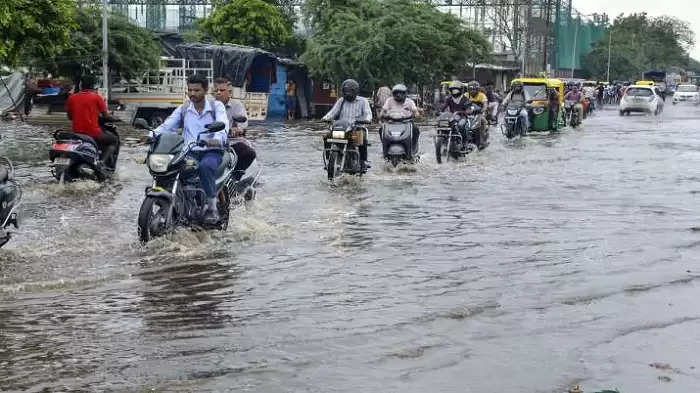 More than 3.79 lakh people are in the grip of floods in Assam
The IMD has issued a 'red' alert for Nashik district till July 14, with a forecast of more than 20 cm of heavy rain in 24 hours. Pune district has also been receiving heavy rains for the last few days. Meanwhile, an official bulletin on Monday said that more than 3.79 lakh people are still in the grip of floods in 10 districts of Assam. According to the Assam State Disaster Management Authority (ASDMA), no one died due to drowning during the day, taking the death toll in floods and landslides this year to 192.