Weather Update: Relief from the heat in these states including Delhi, it will rain here, know the weather condition across the country 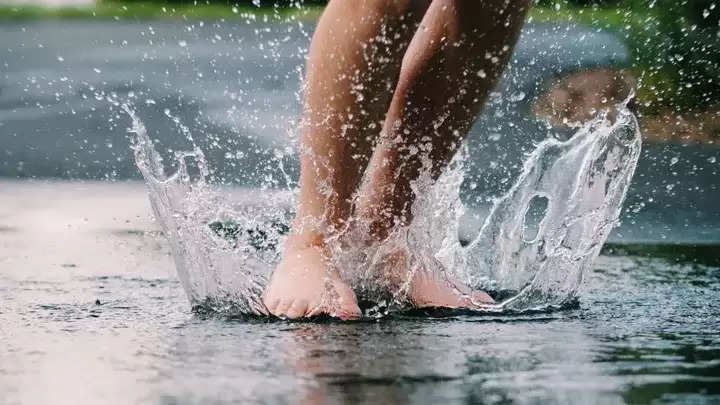 People got relief from the summer season

All India Weather Update: Relief from heat has been seen in all the states of the country. It has also rained in some places, due to which the weather has cooled down a bit. There will be rain in many places in the coming days as well.

Light to heavy drizzle in some states of the country (Rain PredictionDue to this, people have got some relief from the heat. In Delhi also, the winds blowing for two days have made the weather cold. Similar weather is expected to continue till Thursday. The Indian Meteorological Department (IMD) says that the heatwave has stopped in all parts of the country. Rajasthan, Punjab, New Delhi (Delhi Weather), and Haryana (Temperature in HaryanaThere has been a drop in the maximum temperature by 2-4 degrees Celsius. After two days, the maximum temperature is expected to increase by 2-3 degrees Celsius in many parts of Northwest India.

No change in maximum temperature is expected over most parts of Central India for the next three days, but after that, the temperature will increase by 2-3 degrees Celsius. The maximum temperature in Maharashtra will increase by 2-4 degrees Celsius from Wednesday. Along with this, there is a possibility of light rain, dust storm, and thundershower with winds gusting to 50 kmph in Punjab, Haryana, Uttar Pradesh, and Rajasthan in the next two days. A cyclonic circulation is likely to form over South Andaman Sea and its adjoining areas around May 4. Due to this, there may be heavy rain in Andaman and Nicobar Islands.

Thunderstorms and rain in Odisha

IMD scientists said, under the influence of cyclonic winds, a low-pressure area is expected to form in this area around 6 May. It will change and move towards the east coast around Odisha and West Bengal. Anand Kumar Das, in charge of monitoring cyclones in IMD, said, ‘This system is likely to intensify but it is too early for us to say that it will turn into a cyclone. It may move towards East Coast around West Bengal and Odisha around May 9. IMD Bhubaneswar Senior Scientist Umashankar Das said, “Light to moderate rain and thundershowers are possible in some parts of Cuttack and Bhubaneswar in the next few hours.” People are advised to move to safer places to avoid lightning.

Lu will return to Haryana-Rajasthan

Meanwhile, heatwave conditions persisted over parts of Northwest Rajasthan and South Haryana on Tuesday. The temperature remained 40-42 degrees Celsius over Rajasthan, Madhya Pradesh, Vidarbha, most parts of Telangana, parts of Haryana, West Uttar Pradesh, North Madhya Maharashtra, Marathwada, and parts of Gujarat. No major change in maximum temperatures is expected over most parts of Northwest India and Central India for the next two to three days. Heatwave conditions will once again arise in some parts of Maharashtra from Wednesday. This will happen in parts of Rajasthan from Friday.