Weather Update: Relief from scorching heat will be available soon! Chances of rain in many states including Delhi-UP in the next 24 hours 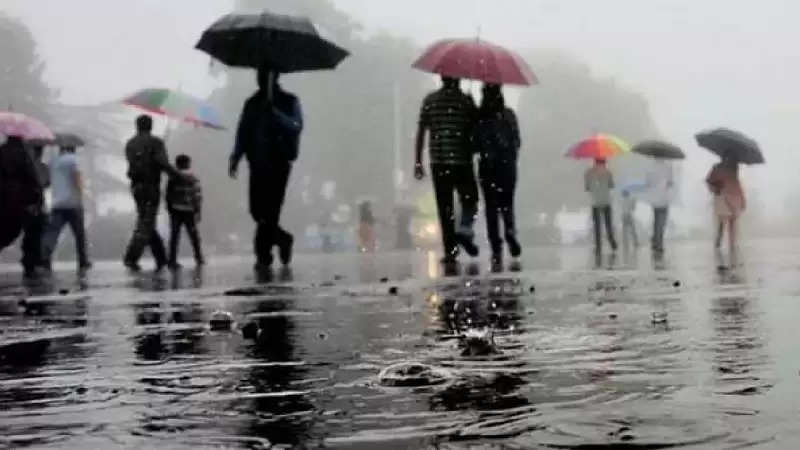 Relief from the heat is coming soon

There is news of relief for the people facing the scorching heat for the last several days, as there is a possibility of dust storms and light rain in Punjab, Haryana, Delhi during the next 24 hours.

scorching heat for the past few days (Heatwave In India) There is news of relief for the people suffering, as, during the next 24 hours, light rain at many places in Northeast India, Interior parts of Tamil Nadu and Kerala (Rain) is likely to. On April 21 and 22, there is a possibility of thunderstorms and light showers over Punjab, Haryana, Delhi, Rajasthan, Uttar Pradesh, eastern parts of Jharkhand, and Bihar as well as some parts of West Bengal. weather department (IMDAccording to ), there is a possibility of light to moderate rain over the Western Himalayas as well.

The Meteorological Department has said that there is a possibility of thunderstorms in the southern parts of Gujarat, Madhya Pradesh, Maharashtra, Telangana, Interior Karnataka, Chhattisgarh, and Andhra Pradesh. In view of the pre-monsoon activities in many parts of the country, the temperature may moderate to some extent. During the next 24 hours, heatwave conditions are possible at isolated places over Punjab, Haryana, Delhi, North Rajasthan, parts of Madhya Pradesh, Vidarbha, and Jharkhand and may reduce thereafter.

How will be the situation in Delhi

The India Meteorological Department has told that the heatwave continues in Delhi for seven days. The IMD further said that due to western disturbances, wind conditions, and cloudy weather over the region, there is a possibility of further heatwave conditions. According to the IMD, light rain is expected at some places in the national capital till April 22 and wind speed reaching 25-35 kmph is expected on April 19 and 20. A Skymet Weather report said that there is a possibility of thunderstorms around April 21 and 22, due to which some relief is expected.

How was the weather during the last 24 hours