Weather Update: Heavy rain is expected in Delhi and North India, know the condition of other states...

This time across the country, the impact of climate change is visible on a large scale. People are upset due to sudden heavy rains in Gujarat, Maharashtra, Rajasthan, and Central India. Whereas in the north and eastern states of the country, people are suffering due to severe heat. There has been little rain here for the last two weeks. Paddy crop is getting ruined in these areas. Whereas these are the areas where it rains heavily in June and July. But now the weather pattern is going to change in these areas. It can start raining here from 18th July.

According to the Meteorological Department, the rainy season is about to start in Bihar and East Uttar Pradesh. Apart from this, in West Bengal and Jharkhand also people's wait for rain is about to end. An alert has been issued in many areas of Bihar regarding heavy rains. The rain activities will start over Odisha and Chhattisgarh and will progress further covering all the monsoon deficient states in North and East India.

Rain for the next 3-4 days!
As per estimates, a Cyclonic Circulation is persisting over the North Bay of Bengal and Coastal Odisha, and Gangetic West Bengal. This feature will remain more or less stable in the next 24 hours and a low-pressure area is likely to form in the same area. In such a situation, from July 18, it will go ahead covering Bihar, Uttar Pradesh, Odisha, Jharkhand, and Chhattisgarh. Therefore, heavy rains may occur in these areas during the next 3-4 days. Apart from this, monsoon activities will resume in the north, central and eastern parts of the country. 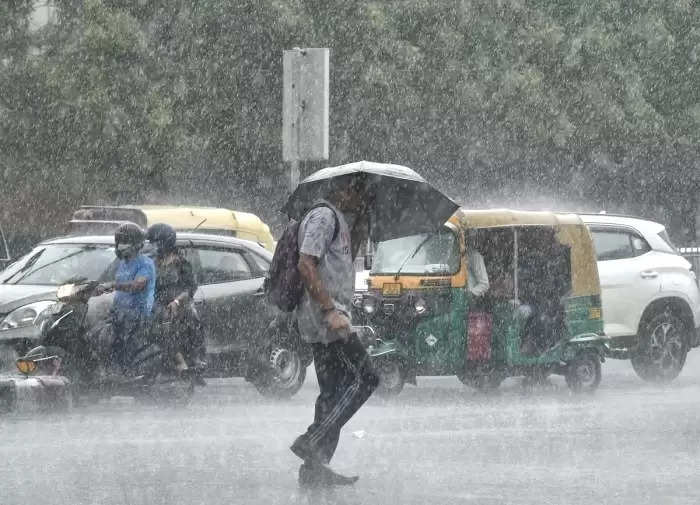 There will be more rain in Delhi
The torrential rains that lashed Delhi on Saturday brought respite from the humidity and heat but water-logging occurred at many places and people had to face traffic jams. People in Delhi were facing sultry heat for the last several days but there has been some respite from the rains on Saturday. The Meteorological Department will continue to rain here for the next few days.