We will not protest if Sachin Pilot is made CM: Rajasthan Minister! 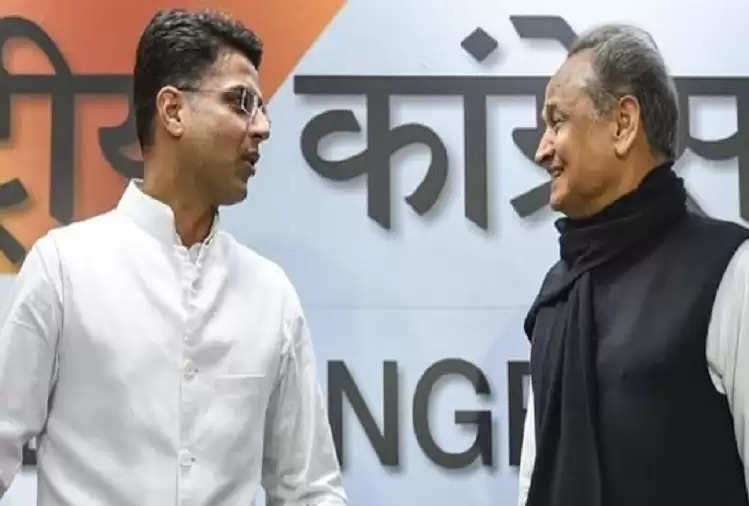 With senior Congress leader Ashok Gehlot set to contest for the party's top post, the talk of the next chief minister of Rajasthan intensified when Rahul Gandhi called for "one person, one post" in line with the Chintan Shivir held in Udaipur. Statement about the concept of However, the suspense remains whether the chief minister's post will go to Gehlot's arch-rival Sachin Pilot or not. Rajasthan minister Rajendra Gudha, one of the six BSP Congress MLAs, said he would not oppose it if Pilot was made the chief minister.

However, Minister of State for Panchayati Raj and Rural Development, Gudha said that the six MLAs will support whoever the party high command chooses to run the government.

Asked whether he would protest if Sachin Pilot is made the chief minister, he said, "Bharoshi Lal Ji has been made (CM) by Sonia Ji, we are with him." Bharati Lal is a Congress MLA.

The BSP's turncoat had supported Gehlot during the political crisis in July 2020 following the Pilot Camp revolt against the Rajasthan CM.

Meanwhile, Congress has set the ball rolling for the election of its chief by issuing a notification on Thursday. Addressing a press conference, Gandhi stressed that the post was not only organizational but also "ideological" and that the person holding it should remember that it represented a belief system.

On the issue of the concept of one man one post, Gandhi said, “What we decided in Udaipur is a commitment of the Congress party. So I hope the commitment remains.