Utility News: Ashok Gehlot government has given a lot of concessions in the regulation of houses without a lease! 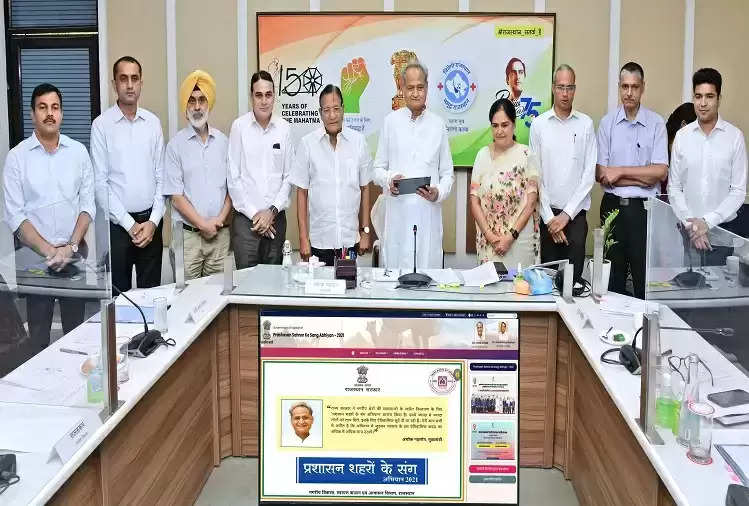 Under the campaign with the administration cities, the work of giving residential land to the common people should be completed on time. Jaipur. A lot of concessions have been given by the Rajasthan government in the regulation of non-leased houses, so that a maximum number of leases can be given in the ward-wise camps starting from July 15. For the first time in this campaign, a discount of about 85 percent has been given for the issuance of Patta from the earlier rates.

Chief Minister Ashok Gehlot said this while addressing the review meeting of the campaign with the administration cities at his residence on Thursday. The Chief Minister informed that under the campaign, the State Government has increased the cut-off date for regulation of colonies settled on agricultural land from 1999 to December 2021. By keeping the colonies developed till the cut-off date, the layout plan can be approved in the ratio of 70:30.

In colonies where people have settled after construction on at least 60 percent of the plots, the lease can be given on the basis of the survey, ensuring the width of the road is at least 20 feet. Along with this, the cut-off date of Pattas of Kutchha settlements has also been increased from 2009 to December 2021, so that people can get Pattas. Where earlier there was a ban on selling leases for 10 years in Kachchi Basti, now it has been reduced to 3 years. Similarly, a lot of relaxations have been given in section 69-A for giving a lease of old houses built in a dense population of urban areas for Rs 501.

The Chief Minister said that strict action would be taken against the officers and employees who were negligent in the timely disposal of the applications received in the camps.