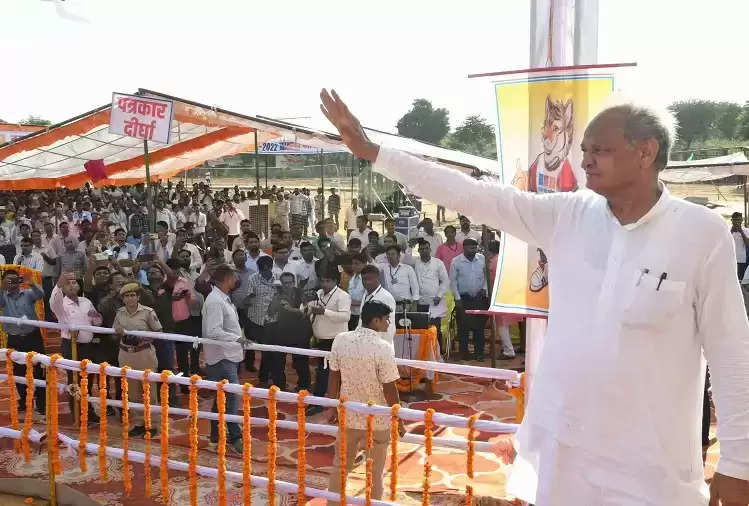 Along with providing sensitive, transparent and accountable administration, the state government is engaged with full commitment to the all-round development of the state and the welfare of the general public. Chief Minister Ashok Gehlot said this at the inauguration of block level Rajiv Gandhi Rural Olympic Games at Rajgarh in Churu district on Monday.

He said that there would be no shortage of resources for development works in the state. With efficient management of resources, the government in the state is doing excellent work in all fields including education, medicine, roads, electricity, water, agriculture, and employment.

In his address, the Chief Minister said that these games have been started to develop new sports culture and encourage rural sports talent in the state. Urban Olympic Games will also be organized soon.

He said that former Prime Minister Mr. Rajiv Gandhi did a great job in areas like sports, IT, and Panchayati Raj empowerment. People of all age groups participated enthusiastically in the Rural Olympic Games started in his name. These games will be organized every year in the state. This experiment is done in Rajasthan is historical in itself.