Under the Rajiv Gandhi Scholarship for Academic Excellence scheme, arrangements have been made to teach 200 children abroad for free: Ashok Gehlot 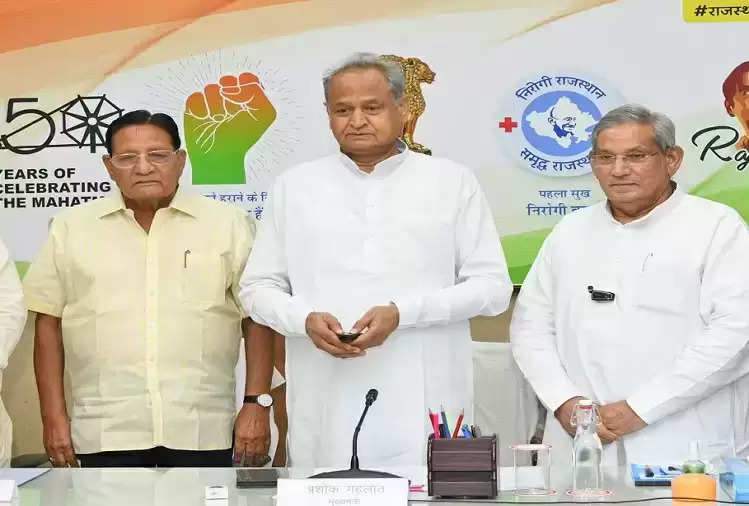 The state government is running various schemes for the youth and students. Free coaching is being provided to 15,000 children through the Chief Minister Anupriti Coaching Scheme.

Chief Minister Ashok Gehlot said this information during the foundation stone laying program of Jamnalal Bajaj Auditorium to be built in Sikar through VC from CM's residence on Tuesday.

During this, he said that through the Rajiv Gandhi Scholarship for Academic Excellence scheme, arrangements have been made to educate 200 children abroad for free.

For the youth, 1 lakh 25 thousand government jobs have been given by the government and 1.50 lakh are under process. Strict action has been taken against the gangs involved in organized paper leaks and strict laws have also been made to prevent such incidents.

During this, he said about the Jamnalal Bajaj Auditorium being built in Sikar that this auditorium will always prove to be inspirational for the younger generation. He said that Jamnalal Ji, who was born in the village of Kashi in Sikar, had an important contribution to the freedom movement.