The mighty solar wave emanating from the sun; There is a possibility of an impact on satellite communication, GPS may be affected 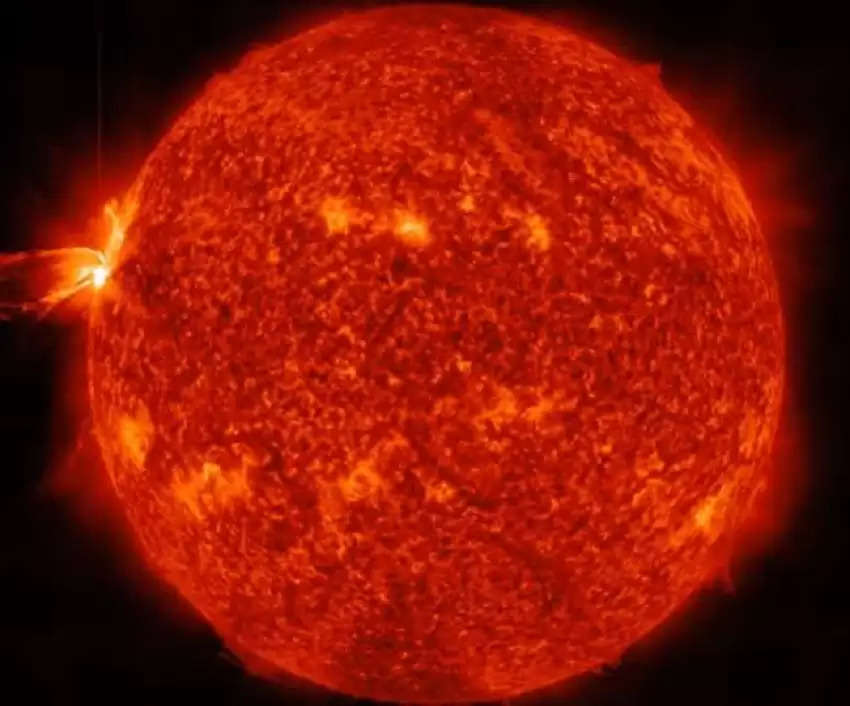 A strong solar wave has arisen on the Sun which is moving in space. According to the Center of Excellence in Space Sciences, this is likely to affect the GPS. According to scientists, satellite communication can also be affected by this.

A strong solar wave was born on the Sun, which is increasing the fire in space. According to the Center of Excellence in Space Sciences India, CESSI, it is expected to affect satellite communication and GPS (Global positioning systems). Let us tell you that there was a tremendous solar explosion on the Sun last Sunday. The explosion was photographed by NASA's Solar Dynamics Observatory.

According to the report of news agency PTI, Dibyendu Nandi, Associate Professor and Coordinator of CESSE at the Indian Institute of Science Education and Research, Kolkata, said that the solar magnetic active region AR 12992 produced this glow at 3.57 pm coordinated global time. . It has been described as an X2.2 class solar flare eruption.

This solar wave is said to be extremely powerful. That is why this wave is kept in the category of X. CESSI tweeted that it is causing ionosphere bulges in India, Southeast Asia, and the Asia Pacific. Electric power grids and shipping signals can be affected by this effect. It can also pose a threat to spacecraft. Astronauts are at risk from this. Not only this, it can create a hindrance in communication.

Also, there may be a satellite anomaly. Due to this, GPS can be affected as well as air communication can be affected. Now scientists at CESSI are studying the effects of this solar wave. At the same time, scientists of Aryabhatta Research Institute of Observational Sciences (ARIES) said that at present the 25th solar cycle is going on. A NASA video shows fierce flames emanating from the explosion. It is said that this sunspot is likely to remain very active even further.