The decision to make a tribal woman the President of India is a matter of happiness for me: Vasundhara Raje 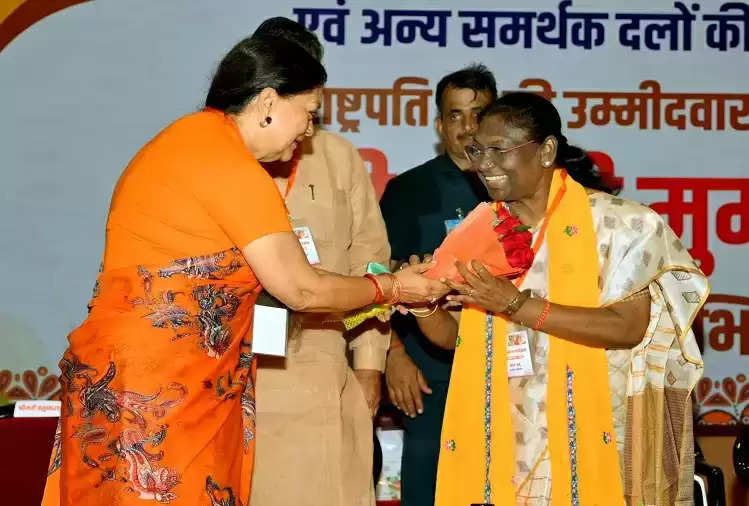 Former Rajasthan Chief Minister Vasundhara Raje on Wednesday attended a meeting of MLAs and MPs organized by the BJP in support of NDA's presidential candidate Draupadi Murmu in Jaipur.

Giving information about this through social media, Vasundhara Raje said that the decision to make a tribal woman the President of India is a matter of happiness for me. Despite so many challenges, the position that Murmu Ji is about to achieve is not easy. Especially for women, but BJP has made it possible. Because BJP is a party of workers not of leaders.

Mrs. Draupadi Murmu Ji is like the goddess of education and mother Saraswati in her field, who taught people without taking a salary. Enrollment of girls in schools increased by promoting female education. At the same time, as a public representative, she served the public selflessly.