The danger of corona increased in the country; 1083 new cases in Delhi, PM Modi held a meeting with Chief Ministers 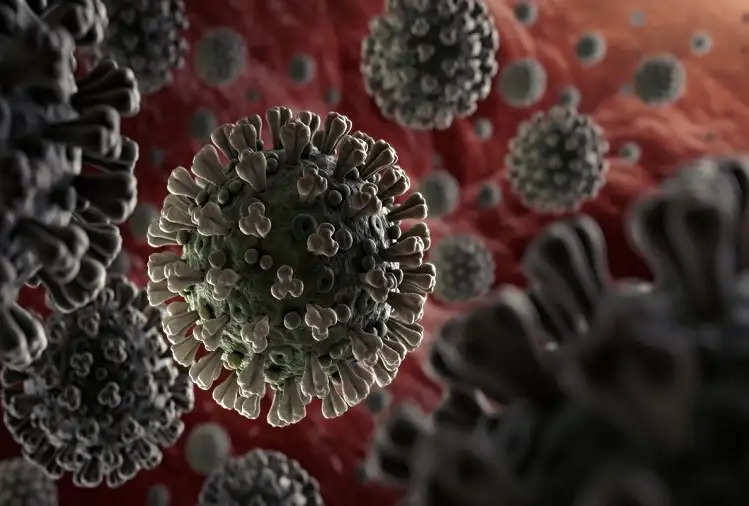 Given the increasing threat of Corona, the government has also become alert. Prime Minister Narendra Modi will hold a meeting on this issue with the Chief Ministers on Wednesday. This meeting will be held through video conference. Prime Minister Modi has already held many meetings for the prevention of the corona epidemic.

The rise of Covid infection in the country has continued continuously for the last few days. In a single day, 2,593 new cases of Kovid were reported. With this, the number of active cases increased to 15,873. Given the increasing threat of Corona, the government has also become alert. Prime Minister Narendra Modi will hold a meeting on this issue with the Chief Ministers on Wednesday. This meeting will be held through video conference. Prime Minister Modi has already held many meetings for the prevention of the corona epidemic.

Celebrate Festivals But With Caution

PM Modi said that all festivals teach restraint, purity, charity, and harmony. Celebrate these festivals with great gaiety and harmony, but given the corona epidemic, everyone has to be alert too. To protect against corona, wear a mask, and wash your hands at regular intervals. Apart from this, keep following whatever measures are necessary.

Appeal to people to be cautious

Prime Minister Modi said in his Mann Ki Baat program on Sunday that there are festivals like Akshaya Tritiya, Eid, the birth anniversary of Lord Parashuram, and Vaishakh Buddha Purnima in the coming days. In such a situation, given the increasing corona infection, there is a need to be cautious. PM Modi appealed to the countrymen to be vigilant, wear masks, follow proper distance and follow measures like washing hands regularly.

Meanwhile, the number of corona patients at IIT Madras increased to 60 on Sunday. A day before this, the number of infected in the institute was 55. The Health Department of Tamil Nadu has directed the district authorities not to be lax in their efforts to control the spread of COVID-19. Chief Minister MK Stalin will hold a meeting with all district collectors and district health officials on Monday.

PM Modi to hold a meeting with Chief Ministers

According to the report of news agency PTI, given the increasing cases of corona infection in the country, Prime Minister Modi will hold a meeting with the Chief Ministers on Wednesday. According to official sources, Union Health Secretary Rajesh Bhushan will give a presentation on the situation.

At the same time, according to the data updated by the Union Health Ministry at 8 am on Sunday, 44 more patients died in a day in the country. The number of active patients is 0.04 percent of the total cases of infection. The national rate of recovery from Kovid-19 is 98.75 percent. According to the data, an increase of 794 has been registered in the number of active cases of Covid-19 in the last 24 hours.

Vaccination: More than 187.67 crore doses were given

According to the report of news agency PTI, the speed of Corona is increasing rapidly in Delhi. According to the Health Department, 1,083 cases of corona infection were reported in Delhi on Sunday. This is the biggest daily jump in corona cases since February 10. Not only this, one person has died due to infection in the last 24 hours. With this, the positivity rate in Delhi has gone up to 4.48 percent. So far 18,74,876 cases of corona have been reported in Delhi while 26,168 people have died.