The Congress party accused the AAP and said that the names of their candidates are being decided in the BJP's office. 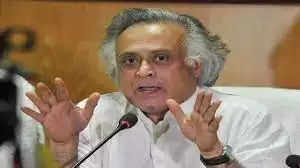 At the Congress headquarters, Gujarat's party in-charge Raghu Sharma, party media department head Pawan Kheda left the AAP and returned to Congress on Friday, while holding a joint press conference with senior leader Indranil Rajguru, made a political attack on the AAP leadership. After the announcement of the dates of the Gujarat elections, the Congress party accused the BJP and the Aam Aadmi Party of internal nexus and said that the names of AAP candidates are being circulated to the state BJP office. Aam Aadmi Party is fielding candidates who can benefit BJP.

Rajguru said that he was asking for tickets for those 15 AAP leaders who had more chances of winning.

But the AAP leadership has deliberately made such people as candidates in their place, who will help the BJP in the elections. He took a stand against this stand of AAP leadership as he had joined AAP to defeat BJP and not Congress. Rajguru told him 'Don't be stubborn, the list comes from Kamalam (BJP office in Gujarat). A little bit of that too has to be done.

The allegation of misleading the public on AAP, AAP is

lying by misleading the public. Making serious allegations against AAP, Rajguru also claimed that on October 1, when both AAP chief ministers Arvind Kejriwal of Delhi and Bhagwant Mann of Punjab came together in a chartered plane, a bag of cash was also brought with them in the plane.

The allegation of sending money from Delhi to Gujarat is

with the Ministry of Aircraft and without its cooperation, money cannot be carried in a chartered plane. At the same time, Pawan Khera claimed that for the tradition of paid workers of AAP, money is being sent to Gujarat on a large scale from Delhi and Punjab and there is a jugalbandi between AAP and BJP regarding this. He challenged both himself and the BJP to answer his allegations.