Students are getting free smartphones: The government urged them to be vigilant against this scheme! 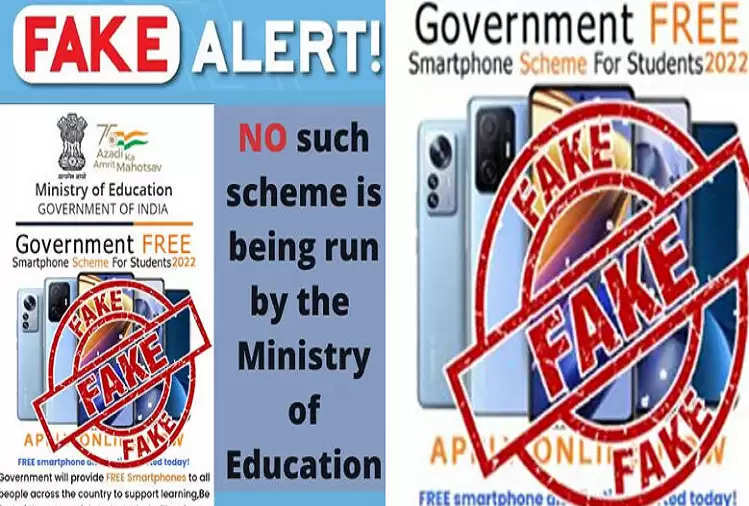 The Government of India runs several schemes aimed at diverse groups of people across the country. However, many fraudsters try to fool people with misleading claims. In the digital age, it has become more common because of the easy access and power of social media.

A message circulating on social media claims that @EduMinOfIndia will provide free smartphones to everyone across the country#PIBFactCheck:

▶️Government of India is not running any such scheme pic.twitter.com/WxvhBeqGR8

A message circulating on social media claimed that the education ministry will provide free smartphones to students under the 'Free Smartphone for Students Scheme 2022'. The message reads – “Successful students who want to learn will receive a smartphone.” The message also asks for further registration. The government has clarified this claim.

The government, through its official fact check handle, Press Information Bureau (PIB) Fact Check on Twitter, rubbished the message saying that no such scheme is being run by them.

Think you missed on your daily dose of 'antidote' against #fake news??

With this #weeklywrap by #PIBFactCheck, all the information you need is just a click away! pic.twitter.com/b0hA4Y1N5A

PIB tweeted, "A message circulating on social media claims @EduMinOfIndia will provide free smartphones to everyone across the country." "The message is #Fake. The Government of India is not running any such scheme."

People are warned against such fake messages and advised not to fall for such claims.