Strict action will be taken against those who create a disturbance, irrespective of the class of the person: Ashok Gehlot 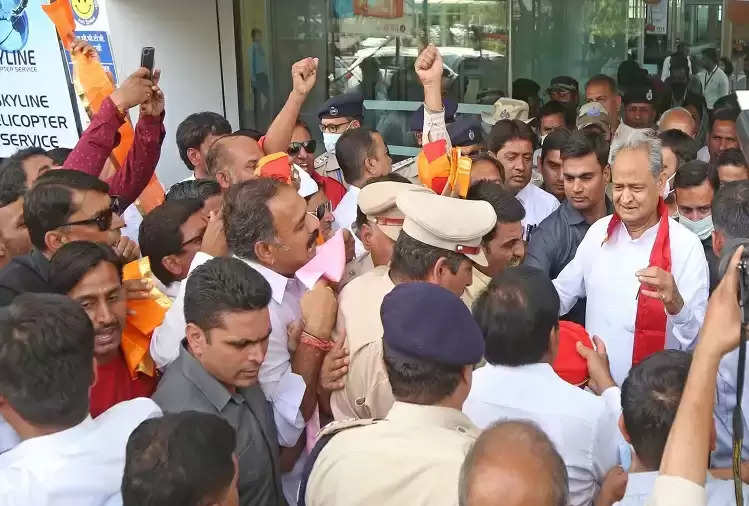 Jodhpur has been a unique example of loyalty and brotherhood over the years. Recently, riots have broken out in many states of the country. Similar efforts are being made in Rajasthan also by some anti-social elements. The government is fully alert to maintain peace in the state. Chief Minister Ashok Gehlot said this while talking to the media at Dabok Airport in Udaipur on Wednesday.

Chief Minister Ashok Gehlot said on the incidents in the state that there will be no compromise on maintaining law and order. If there is a situation of tension, we will take action. He said that strict action will be taken against those who create disturbance, irrespective of the class of the person. Gehlot said that no person has any right to disturb law and order.

The Chief Minister said that many public welfare schemes have been given to the common man in the budget. Rajasthan is the first state where free treatment up to Rs 10 lakh is being provided to all citizens in private and government hospitals through Mukhyamantri Chiranjeevi Swasthya Bima Yojana.

Gehlot said that OPD and IPD have been made completely free of cost in all government hospitals. He said that the state government has left no stone unturned in development in the fields of electricity, water, roads, education and health.