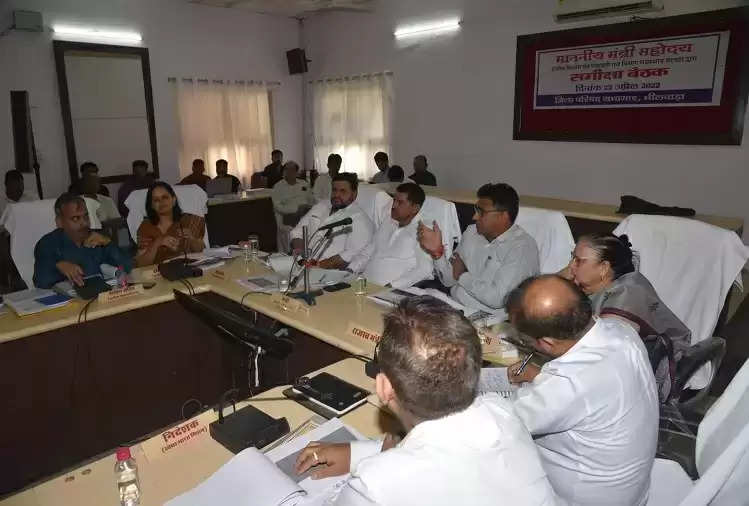 Rural Development and Panchayati Raj Department Minister Ramesh Chand Meena, in a review meeting of the departmental officers in the District Collectorate Auditorium on Friday, gave priority to the works of personal benefit under the MNREGA scheme and directed to benefit more and more people.

During this, Meena reviewed the Swachh Bharat Mission, watershed, MNREGA, Pradhan Mantri Awas Yojana, pasture development, progress in nursery work and Rajivika with the officials. Instructions were given to improve the progress of work in these schemes.

He said that the work of the schemes should also be seen on the ground. The state government's flagship schemes and budget announcements should be completed on time so that the public can get their benefits on time. In the meeting, he laid special emphasis on the works of MNREGA.

He said that the government in its budget announcement has announced to increase the work from 100 days to 125 days. The Rural Development Minister directed to keep the job cards of MGNREGA workers updated and make available new job cards to the beneficiaries by running a campaign at the earliest. During this, the officers were instructed to organize maximum number of gram sabhas and involve the villagers in the gram sabhas.