Soon the office of the Academy of Genealogy Protection and Promotion will be started in Jaipur: Ashok Gehlot 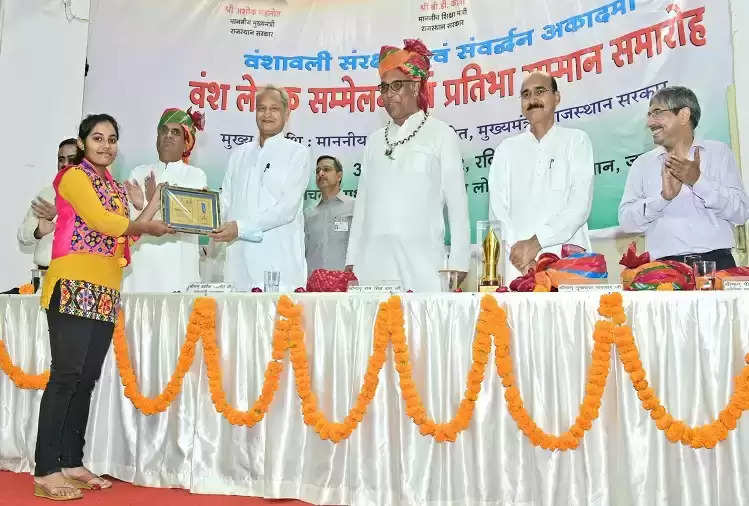 The tradition of genealogy writing is in India itself. Genealogy gives us information about our glorious past. The family writers are doing writing work even in the absence of resources, this is a great achievement. The state government is making plans for the interests of the dynasty writers.

Chief Minister Ashok Gehlot said this while addressing the genealogy conference and talent award ceremony organized by the Academy of Genealogy Protection and Promotion in the auditorium of Harishchandra Mathur Institute of Public Administration.

He said that the lineage writing tradition is an important part of our civilization and culture. Genealogists have important reserves of our heritage.

In this regard, he tweeted and informed that soon the office of the Academy of Genealogy Protection and Promotion will be started in Jaipur. From here, works will be done in the upliftment of the dynasty writers of the state.

Talented children of dynasty writers were honored with mementos at the function. Also took information about the writing method from senior lineage writers.