Shyam Saran Negi passes away: The story of the country's first vote... 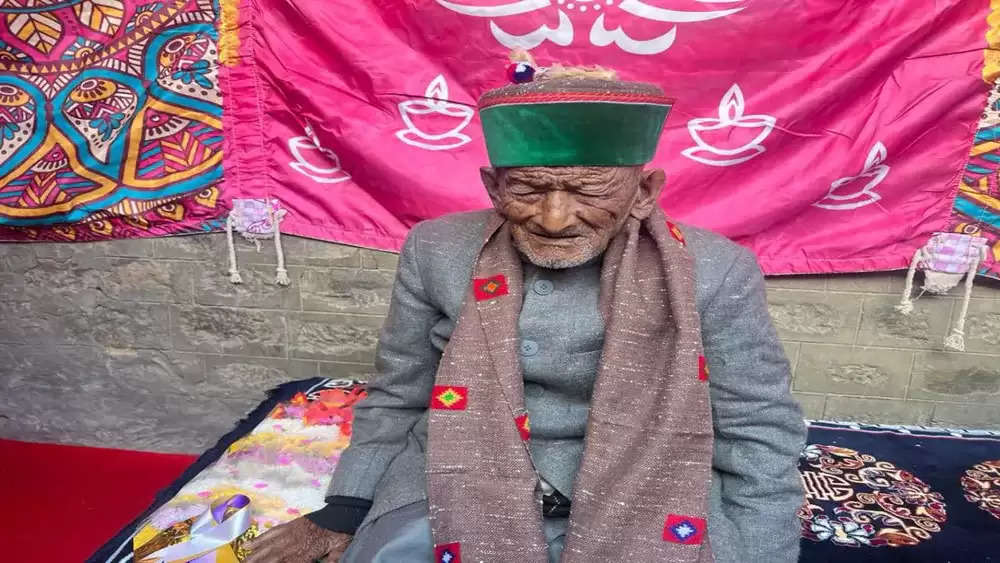 I was born in 1917. The British used to have authority over India then. When the country became independent in 1947, the constitution was made and voting was held for the first time in 1952. When the lawmakers saw that it is not possible to hold simultaneous elections in India, elections were held here (in Himachal Pradesh) six months back. Because there is severe snowfall here, the election was not possible at that time. In those days I was at Murung Toli. I was on duty in the elections. Then I told the election officer to tell people to vote. Then I voted first. Shyam Saran Negi, the first voter of independent India, passed away today. He was 106 years old. We had an audio interview with him about three years ago. The tales he narrated before and after independence seemed as if some great-grandfather was telling you the stories of the past in the shadow of a banyan. He cast his first vote in the general elections of 25 October 1951.

He said that in 1947 everyone was very happy. We were free. Azad was breathing in flames. I believed that with time, all these problems of poverty, and illiteracy in the country will also go away. When the turn of elections came, an election officer said hey, which will be 100 percent voting, if 30 or 40 percent voting is done then it is a big deal. Then I told him whether someone should come or not, but it is my duty that I will vote. The next evening I went home and then reached the voting center only at 6 in the morning. No one had come. I sat down, then as soon as the officers came, I told them that I am a man on duty. There is still a long way to go on foot. Make me Farik (free) in advance. Then the officials opened the register and matched the names and gave the slip.

Negi says, 'About three or so elections had passed. After that, when I reached to cast my vote, the officials said where did you vote for the first time. What is your age? He asked all the questions and after that, he told me that I am the first voter of independent India. I have not left any election till date. Have always voted in every election. Whether speaking of the assembly, whether it is the Lok Sabha or the civic elections. Voted in every election. First voter has no meaning. There was excitement in our heart, there was nothing else. Which laddus are you giving us here?