Rajasthan: So there was a dispute between Kirori Lal Meena and Rajendra Rathod regarding this matter! 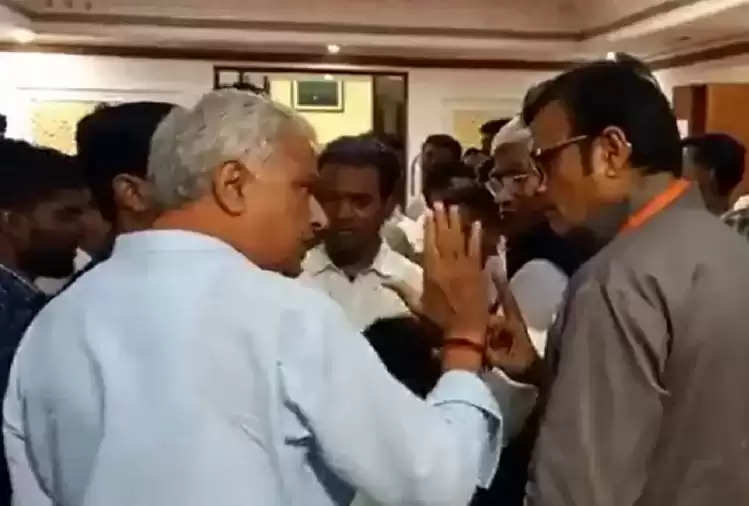 There was a tussle between MP Kirori Lal Meena and Deputy Leader of Opposition Rajendra Rathod in a program organized at a hotel in Jaipur of NDA's presidential candidate Draupadi Murmu. Now the reason behind this quarrel has been revealed. The reason for this was also to make a pass of Congress-supported MLA Ramkesh Meena from Gangapur City by BJP.

Ramkesh Meena, the advisor to CM Ashok Gehlot, was invited to attend the program as the state president of Rajasthan Adivasi Meena Seva Sangh. There was an argument between Kirori Lal Meena and Rajendra Rathod regarding this matter.

According to reports, it is being told that Kirori Meena was upset with Ramkesh being made near Meena in the program. However, Ramkesh Meena did not attend the event. In this regard, BJP ST Morcha state president Jitendra Meena has clarified the party's stand.

BJP MP Kirori Lal Meena had said in this regard that those people who had said that tribals are not Hindus by taking down saffron flags at Amagarh Fort were invited to the program, while the workers of Bharatiya Janta Party stood outside.