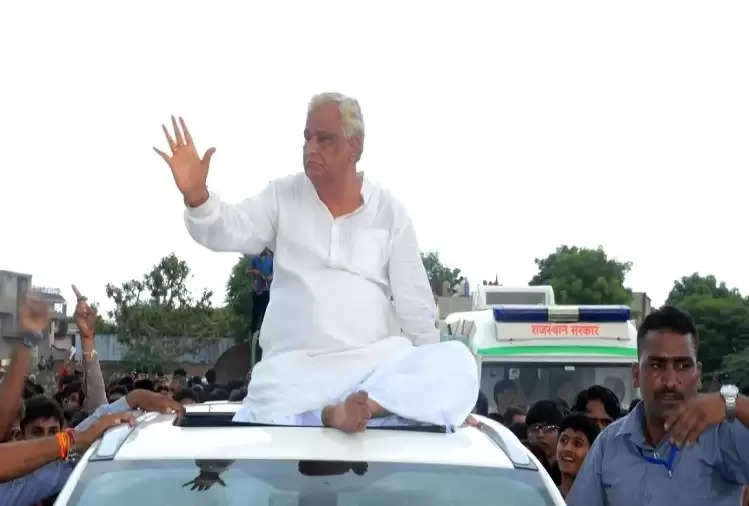 Assembly elections are to be held in Rajasthan this year and in this environment, everyone is engaged in polishing their politics. Here, in the paper leak case in the state, the BJP is engaged in cornering the Congress. How can Rajya Sabha MP Kirori Lal Meena also remain behind on this occasion?

In such a situation, BJP's Rajya Sabha MP Dr. Kirori Lal Meena reached Jaipur yesterday with thousands of his supporters to lay siege to the Legislative Assembly in Jaipur.

But Meena and his supporters coming from Dausa were stopped by the police before Jaipur near Chandra Mahal Garden in Ghat ki Guni.

BJP's Rajya Sabha MP Dr. Kirori Lal said that the youth of the state should be given reservations in government jobs. Along with this, the big accused in the paper leak case should be arrested at the earliest.