Rajasthan: Minister of State for Labor Sukhram Vishnoi made this demand from the central government 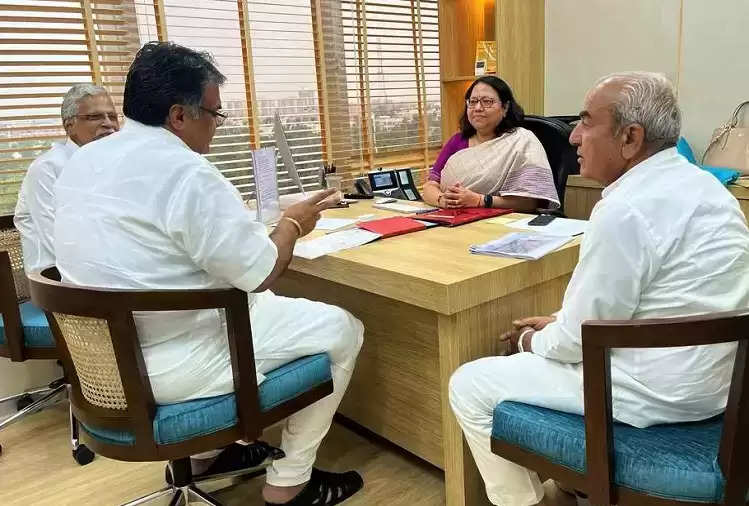 Minister of State for Labor Sukhram Vishnoi has demanded from the central government to solve the problems being faced by the farmers due to the Bharatmala project. In this regard, he met National Highway Authority of India chairperson Alka Upadhyay on Thursday.

He apprised the chairperson of the authority about the problems of the Bharatmala project, National Highway 68, and elevated express connected with Sanchore assembly in different parts of Rajasthan and said that the problems being faced by the farmers due to these highway projects should be resolved at the earliest.

Vishnoi said that due to the Bharatmala project, farmers' fields have been divided and roads have been blocked.

In such a situation, service lanes and routes should be provided to them on the lines of Gujarat. He said that the chairperson of the authority, Alka Upadhyay, has assured to solve our problems by calling for a chance report. MP Devji Patel was also present during the meeting.