Rajasthan: BJP MLA's anger on the seventh sky due to increasing incidents of theft, climbed on the water tank 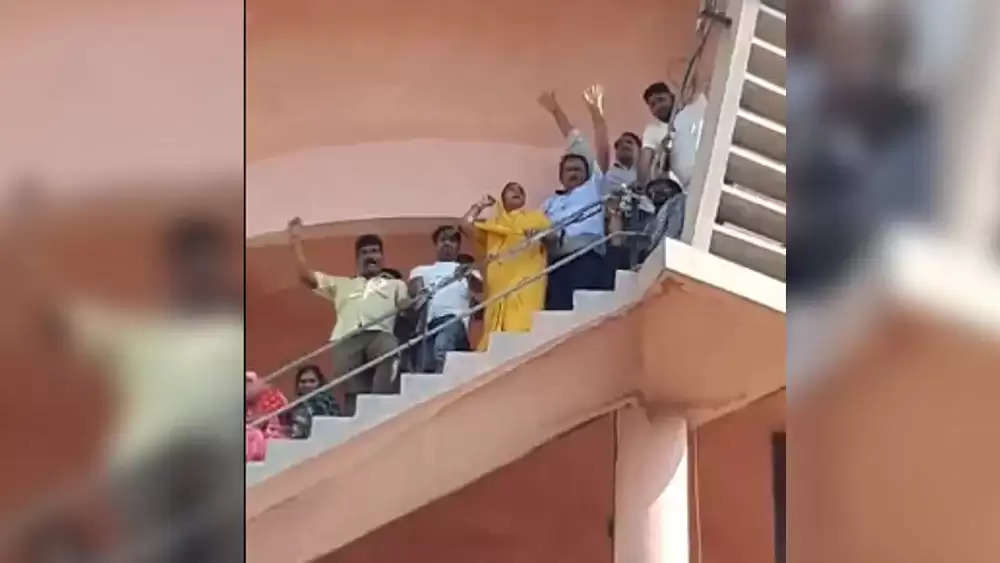 Chandrakanta Meghwal, MLA of Bharatiya Janata Party (BJP) from the Keshoraipatan assembly constituency of Bundi district in Rajasthan protested against the increasing incidents of theft in Kapren. During this, she climbed the water tank with her supporters. Senior police officials present on the spot told that she was accompanied by the party's district president Chittarmal and local councilors. During this, the MLA and his supporters protested for about 10 hours.

There was a stir in the district administration over the information about the incident. Immediately on the spot Additional District Magistrate Mukesh Chaudhary and Assistant Superintendent of Police Kishori Lal reached the spot. During this, the police officers tried to persuade the protesting leaders. At the same time, MLA Chandrakanta Meghwal and his workers remained adamant.

MLA Chandrakanta Meghwal said that in the last 15 days, more than 15 incidents of theft have happened in Kapren. During this, property worth lakhs of rupees were stolen.

But so far not a single accused has been caught by the police. He demanded from the police officers that the criminals should be caught immediately so that the incidents of theft can be stopped in the area.

The BJP MLA said that the police administration was given seven days to nab the thieves. But this could not happen. In this situation, he was forced to perform with the workers. During the demonstration, the District Collector also reached the spot. He spoke to the MLA and assured him of appropriate action against the culprits. Only then the BJP workers calmed down. After this, the workers got down from the water tank.

During this, the Superintendent of Police ordered two policemen to appear on the line on charges of indifference at work. Locals said that in recent times there has been an increase in theft incidents in the area.

Several complaints were made to the police in this regard. But the police become silent by doing the paperwork. According to the local people, there is an atmosphere of fear in the area due to the incidents of crime.