People in the country are unhappy with inflation, in such a situation we are trying to give relief to the people: Ashok Gehlot 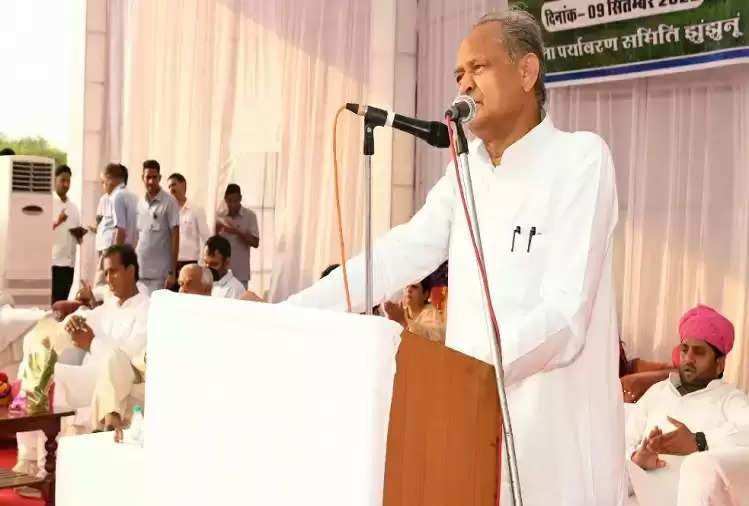 Jaipur. Addressing a public meeting at Gudha in the Jhunjhunu district on Friday, Chief Minister Ashok Gehlot said that the state government is working on keeping the poor at the center.

During this, while giving information about the Indira Gandhi Urban Employment Guarantee Scheme, he said that employment has been guaranteed to the urban people by making a provision of Rs 800 crore under the scheme. Lakhs of farmers have got relief from the state government giving subsidies on electricity bills. The Chief Minister said that 50 units of electricity per month have also been provided free of cost to domestic consumers, which has benefitted lakhs of families.

The Chief Minister said that the state government is going to provide free smartphone and internet service for 3 years to women heads of 1.35 crore families. He said that through Mahatma Gandhi English Medium Schools, students of deprived sections are getting an excellent education in English medium free of cost.