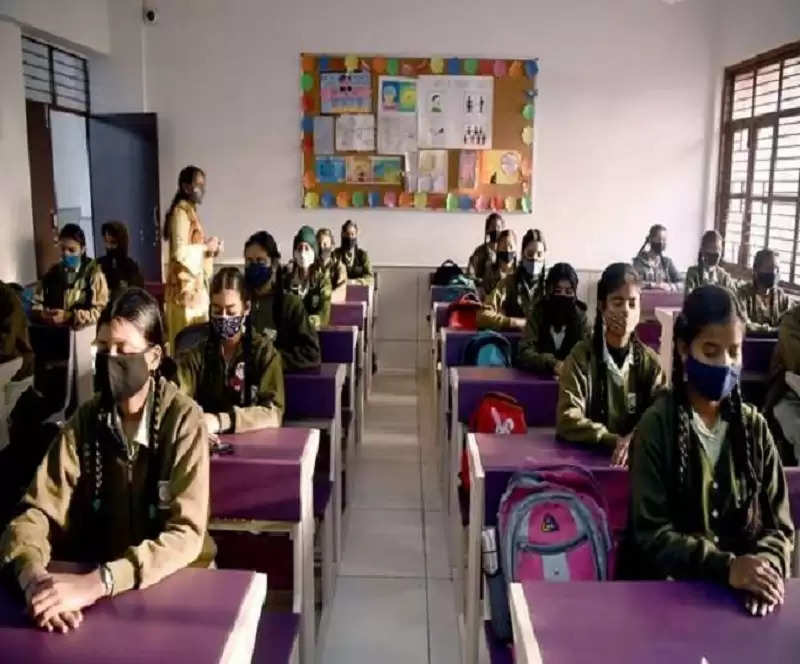 Even though the cases of corona are getting less in the country. But Corona is spreading rapidly in schools. In such a situation, the pediatrician has suggested not to close the schools. He has also appealed to the government to take the necessary steps.

Corona cases have started increasing again in the national capital Delhi. This time Corona cases are coming to the fore in schools. Due to this, the government is being forced to impose restrictions again. However, Dr. Smita Malhotra, Pediatrician at Indraprastha Apollo Hospital, Delhi suggests. He said that there is no need to close the schools after getting corona cases. Rather, precautionary measures should be taken instead.

Pediatrician Dr. Smita Malhotra said that symptoms of Covid-19 have been found in teachers and students. In such a situation, there is no need to close the schools after getting them positive, because school education is a very important aspect of the development of children. Here the children's educational development, emotional, psychological, and physical aspects develop. So of course there is no need to close the schools right now. At the same time, he said that the standard precautions which are for others should also be followed in schools. Frequent hand washing and good ventilation should be ensured in schools for children. Apart from this, their proper investigation should be ensured. If you feel that a child has even minor symptoms, ask that child to stay at home for a few days.

Dr. Malhotra also believes that children are exposed to different types of viruses during growing age and whenever the season changes or there is a season of those particular viruses, they are vulnerable to viral infections. go. He said that there is only one concern that COVID should not spread so fast that it overwhelms the schools. He pointed out that there have been some reports of children having COVID after schools reopened, but they did not have any serious illness. They have mild flu-like symptoms and there has been a slight increase in cases after schools reopened. Notably, Delhi has recorded 366 COVID cases in the last 24 hours with a positivity rate of around four percent (3.95 percent). The national capital has been witnessing an increase in the cases of coronavirus in the last few days.