PM Modi gave many gifts to Andhra Pradesh, this is how development will happen at a cost of 15 thousand crores 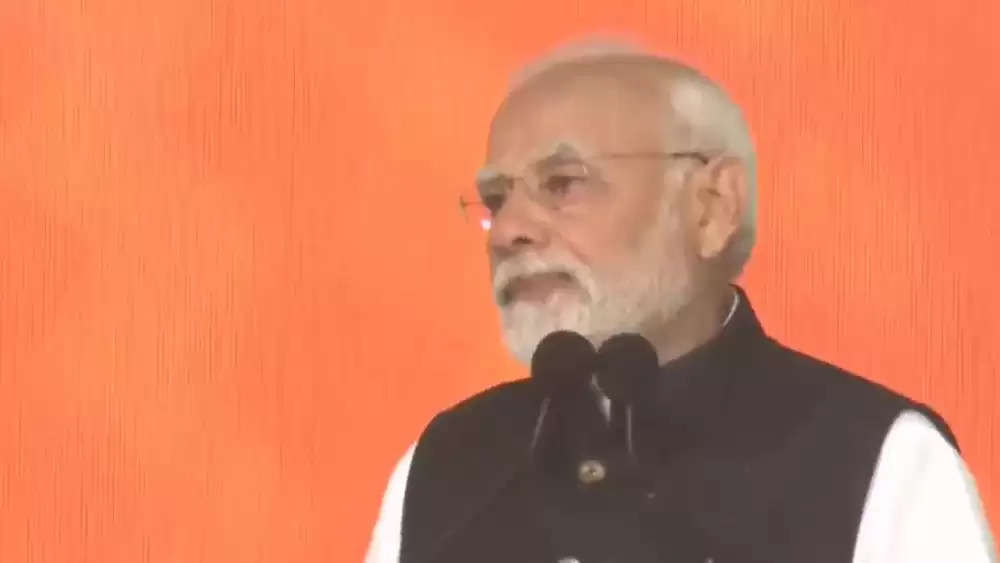 Prime Minister Narendra Modi on Saturday dedicated to the nation ONGC's Rs 2,917 crore U-field onshore deepwater block project in Andhra Pradesh. It is the deepest gas exploration project with a production capacity of about 30 lakh metric standard cubic meters per day (MMSCMD). On the second day of his two-day visit to the state, the Prime Minister digitally launched nine projects worth Rs 15,233 crore from the grounds of the Andhra University Engineering College.

Railway station will be rejuvenated

Prime Minister Narendra Modi laid the foundation stone of plans to redevelop Visakhapatnam railway station. Let us tell you that Visakhapatnam is also important because soon this station is going to become the headquarters of the South Coast Railway zone. That's why PM Modi has started projects worth Rs 446 crore here. This work will be done under the supervision of 'Rail Land Development Authority'.

Modi laid the foundation stone for the Andhra Pradesh section of the six-laning 100-km Raipur-Visakhapatnam Economic Corridor of NH-130CD, to be built at a cost of Rs 3,778 crore. The economic corridor will provide faster access to various industrial areas of Chhattisgarh and Odisha between Visakhapatnam port and the Chennai-Kolkata National Highway. This will also improve access to tribal and backward areas of Andhra Pradesh and Odisha. The project is expected to be completed by October 2024. In future, it can be expanded up to 10 lanes.

Many areas will be connected to the port

Apart from this, the Prime Minister also laid the foundation stone of a port road from Convent Junction to Sheela Nagar Junction in Visakhapatnam. The Rs 566 crore project will serve as a cargo corridor for Visakhapatnam port traffic and will reduce traffic congestion in the city. This road will be ready by March 2025.

The Prime Minister launched the Rs 2,650 crore Srikakulam Angul natural gas pipeline project of the Gas Authority of India Limited (GAIL), which will have a production capacity of 66.5 lakh metric standard cubic meters per day (MMSCMD). This pipeline of Natural Gas Grid (NGG) will create critical infrastructure for the supply of natural gas to households, industries, commercial units, and the automobile sector in Andhra Pradesh and Odisha.

Will be supplied by natural gas

The pipeline will supply natural gas to the city gas distribution network in the Srikakulam and Vizianagaram districts of Andhra Pradesh. The Prime Minister has laid the foundation stone for a Rs 152-crore project that will finally kick-start the long-delayed modernization of Visakhapatnam's fisheries business.

The Prime Minister inaugurated the Petroleum Depot at Guntakal built by the Union Ministry of Petroleum and Natural Gas at a cost of Rs 385 crore. He dedicated to the nation the project of doubling and electrification of Vijayawada-Gudivada-Bhimavaram, Gudivada-Machilipatnam-Bhimavaram-Narasapuram railway lines. The project was completed last month at a cost of Rs 4,106 crore.