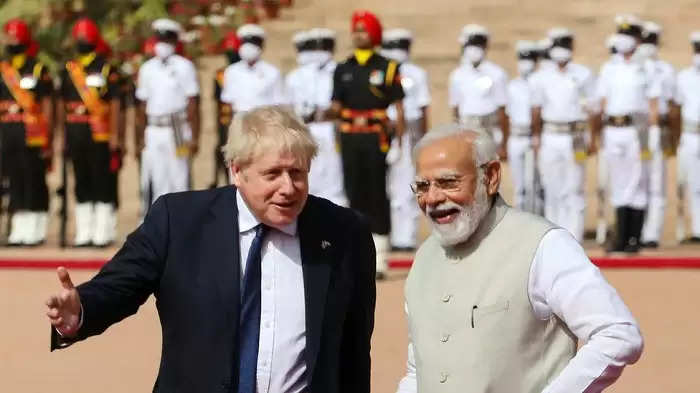 British Prime Minister Boris Johnson was on a visit to Delhi on Friday. He met Prime Minister Narendra Modi at Hyderabad House. During this, many issues were discussed to further strengthen bilateral relations between the delegations of the two countries. Boris Johnson addressed the media after the bilateral talks. During this, he looked giddy with the respect he got in India. Addressing the media, he said, My friend Narendra, my special friend. I was warmly received in Gujarat. I felt like Sachin Tendulkar. I felt like my face is present everywhere like Amitabh Bachchan. 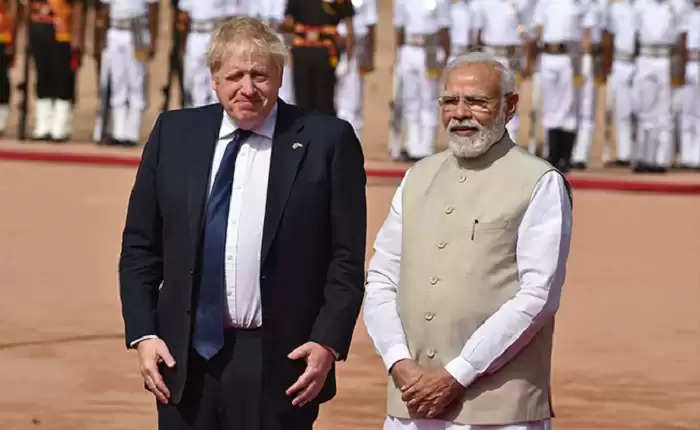 I have got vaccine made in India
Boris Johnson said that the Indian vaccine to protect against corona is in my hands and it is working well. Many thanks to India for this. "Both countries have a common interest in keeping the Indo-Pacific region free and rules-based," he said. Both countries have agreed to deal with air, space and maritime threats. We will move to sustainable, home-grown energy.

Johnson understands India well
During the joint statement, PM Modi said that, even though this is Johnson's first visit as Prime Minister, he understands India very well as an old friend. At this time when India is celebrating the Amrit Mahotsav of its independence. PM Johnson's arrival here is a historic moment. Many important agreements were also signed between the two countries in the bilateral talks. Prime Minister Narendra Modi said that talks were held to increase defense cooperation between the two countries. We will take forward our cooperation in the defense sector. Apart from this, talks have also taken place on free trade. 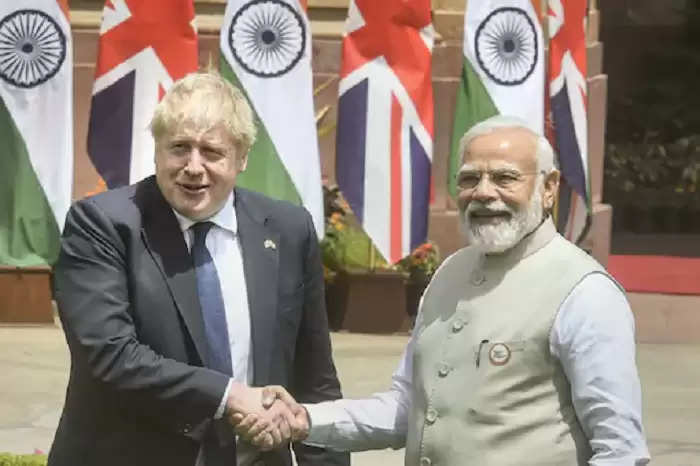 Ceasefire in Ukraine immediately
Prime Minister Narendra Modi said in a joint statement with British PM Boris Johnson that, in the Ukraine crisis, we have stressed on dialogue and diplomacy to immediately ceasefire and solve the problem. At the same time, we have also reiterated the importance of respecting the territorial integrity and sovereignty of all countries. Along with this, PM Modi said that it has been decided to deepen the climate and energy partnership between India and Britain. We invite the UK to join India's National Hydrogen Mission.