Only water and water everywhere in Bangalore, heavy rains spoiled the condition of the city! People are upset 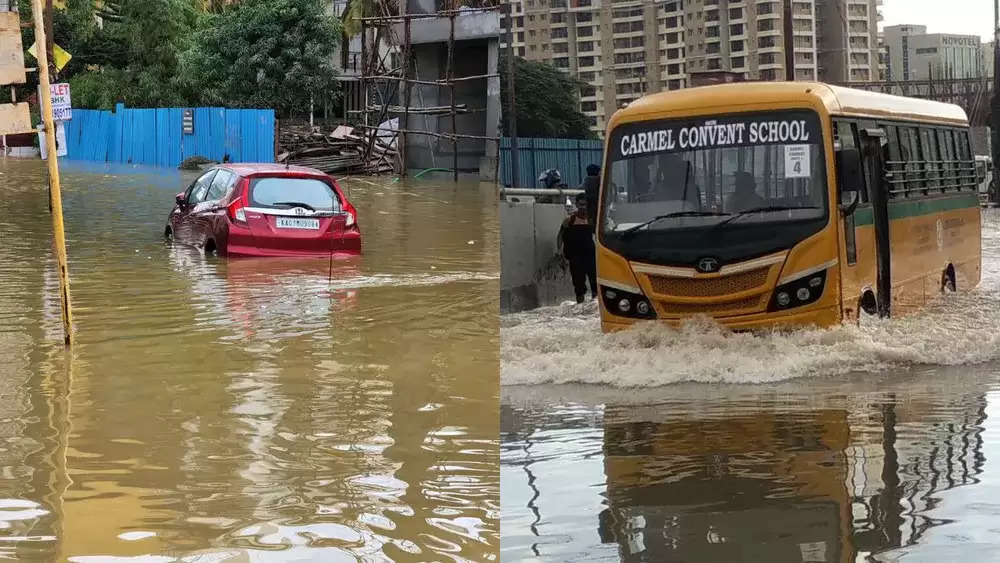 The torrential rains on Sunday night have created a flood-like situation in Bengaluru. Waterlogging has occurred in many areas of the city and life has come to a standstill. Water is flooded at all places including ring roads, major roads, and posh areas. It is estimated that this smoky rain has occurred due to a cloudburst. People are also getting upset due to water logging on the main roads in severe traffic jams. At the same time, along with the cabs, other services have also been greatly affected by the rain.

Going out on weekends became a burden for those who got stuck in traffic between thousands of vehicles. The situation has remained grim due to jams and waterlogging on the roads. Cab drivers are also not accepting the ride, which is causing more problems for the people. At the same time, there have also been reports of trees falling on the road from three main roads of the city, due to which the traffic has also been affected.

#WATCH | Karnataka: A man was rescued by local security guards after he was stuck on a waterlogged road near Marathahalli-Silk Board junction road in Bengaluru pic.twitter.com/gFnZtzk6mu

Had to take shelter in the metro station

Waterlogging has also occurred around the RMG Ecoscope Technology Park. The recent rains had also created a serious situation here. Natraj K, a resident of Mahalaxmi Layout, said that he has not seen such heavy rain in any monsoon. People troubled by incessant rains have had to take shelter in the metro station.

The lightning started at around 8 pm on Sunday night. This time the heavy rain made the situation miserable. Due to waterlogging, people are stranded at many places for which relief security personnel are working to evacuate. A person got stuck on the road at Marathahalli Silk Board Junction Road in the city. Which was saved by the local security guards.