OMG: 63 coins came out of the stomach of a young man in Rajasthan, doctors were surprised to see 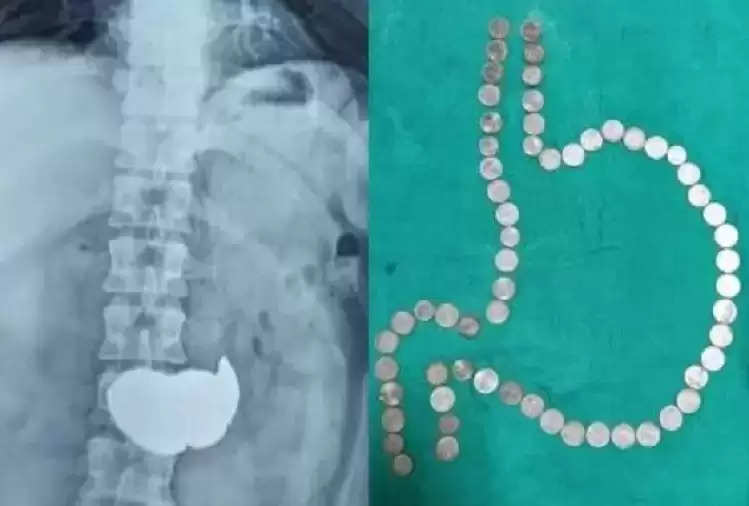 Sometimes a person does something that no one expected. Something similar has been done by a person from Rajasthan. You will be surprised to know about it.

According to reports, doctors at Mathuradas Mathur Hospital in Jodhpur, Rajasthan removed 63 coins from the youth's stomach during the operation. This shocking case has come to the fore only on Friday.

The family members took him to the hospital after the 36-year-old youth, a resident of Chaupasni Housing Board in Jodhpur city, experienced stomach ache. Here some metal was visible in the stomach of the young man after the X-ray was done by the doctors. After this, the doctors had to operate on the young man.

You will be surprised to know that 63 coins came out in the stomach of the young man during the operation which lasted for dead hours. The doctors were also surprised to see so many coins coming out of the young man's stomach. The youth had swallowed most of the coins of one rupee each.