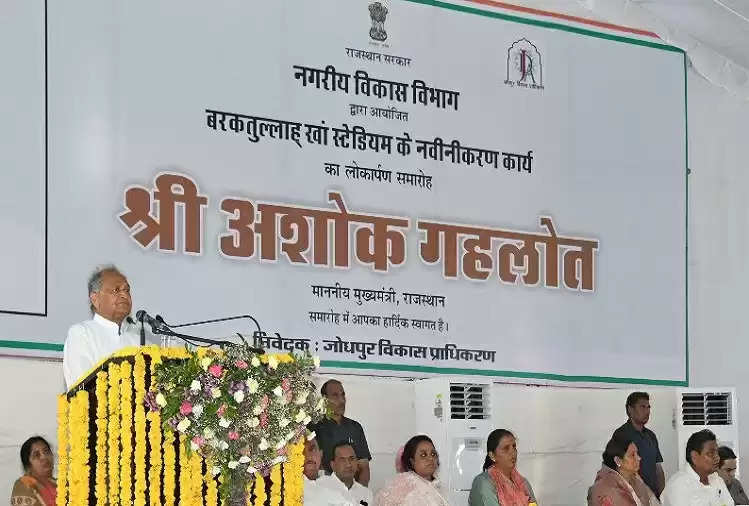 RCA's cricket academy will now be established in the Jodhpur district of Rajasthan. Chief Minister Ashok Gehlot announced this during the inauguration ceremony of renovation works at Barkatullah Khan Stadium in Jodhpur. He has also given this information through social media.

He tweeted that the government is leaving no stone unturned for the development of sports and the upliftment of sportspersons in the state. Along with creating an atmosphere of sports with positive decisions, there has been a new enthusiasm among the players, which is a good sign for the sports world. In this episode, it was announced to set up a cricket academy of RCA in Jodhpur.

Barkatullah Khan Stadium has been made full of all facilities. With this, the players will get the benefit of all kinds of resources and facilities and they will be able to grow by honing their talents. Now better facilities are available for the players than before.

A Memorandum of Understanding (MoU) was signed between Rajasthan Cricket Association and Jodhpur Development Authority on this occasion. It was signed by the secretary of RCA and JDA.

With this, the responsibility of managing and operating the stadium has now been handed over by JDA to RCA. It is noteworthy that various renovation works have been done by Jodhpur Development Authority at Barkatullah Khan Stadium at a cost of Rs 31 crore.