Now Congress has posted the video of Rahul Gandhi and said this... 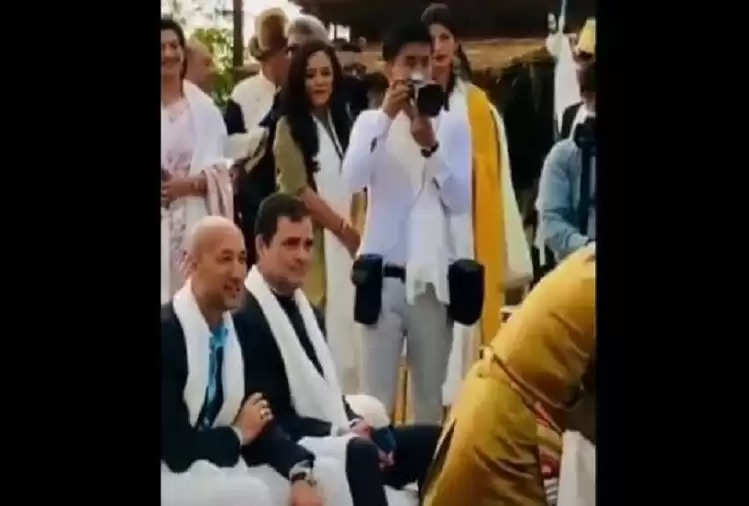 A video of Rahul Gandhi partying at a nightclub in Kathmandu went viral after BJP leaders shared it on social media. The Congress clarified that Rahul Gandhi had gone to Nepal to attend the wedding of a friend, who is a journalist.

False claims were made on social media that the woman Rahul Gandhi was seen chatting with was the Chinese ambassador. As fact-checkers busted the claim and pointed out that the woman was from Nepal and the bride was friend of Sumnima Udas, the previous tweets of Sumanima Udas, a friend of Rahul Gandhi, came on the radar as the journalist supported the Nepal map in which Some areas of Uttarakhand were included.

Amit Malviya said- "Rahul Gandhi was involved in the marriage of Sumnima Udas, the daughter of a Nepalese diplomat, who actively supports Nepal's claim on India's territories of Uttarakhand. From China to Nepal, Rahul is concerned only with those Why are there those who are challenging the territorial integrity of India?"

The video posted by Manickam Tagore fuels the party's claim that Rahul Gandhi was not in Nepal for any official purpose. He had gone there only to attend the wedding of Sumnima Udas, the daughter of former Nepalese ambassador to Myanmar, Bhim Udas.

Amidst the ongoing controversies over the identity of the woman who was seen with Rahul Gandhi in the nightclub, news came that Rahul Gandhi has shifted from a five star hotel to a resort near Kathmandu.