New options being explored to reduce dependence on coal for power: Ashok Gehlot 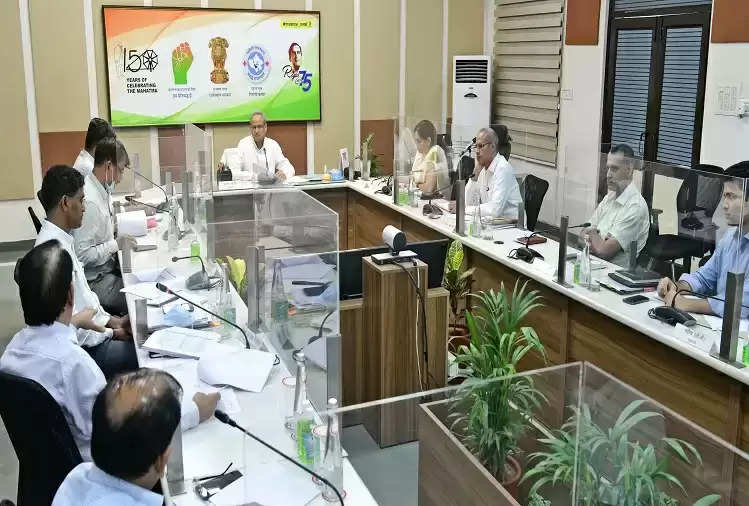 The state government is committed to providing cheap electricity to the farmers along with an uninterrupted power supply in the state. A total of 4 lakh 88 thousand 625 new and pending agriculture connections will be issued by the state government in the next two years. Chief Minister Ashok Gehlot said this while addressing the review meeting of the Energy Department at the CM residence on Wednesday. In this regard, he tweeted and informed us that 'Mukhyamantri Kisan Mitra Energy Yojana' was also started by the government, whose main objective is to provide economic support to the farmers.

Due to efficient power management of the state government, despite the scorching heat, there was a minimum power cut in the state, which brought relief to the common man.

Along with releasing the agriculture connections on a war footing, the officials of the Energy Department were instructed not to compromise on the quality. Along with this, the CLRC (Labor Rate Contract) contractors were also instructed to clear the hurdles being faced in providing the necessary materials at the earliest.

The state government is paying special attention to the distribution as well as generation and transmission of electricity. Its network is being strengthened by developing new electric grids, lines, and sub-stations all over Rajasthan.

At the same time, new options are being explored to reduce the dependence on coal in which the use of lignite is one of the priorities of the government. Lignite is abundant in the state. With the assessment of lignite as a long-term solution, the officers were instructed to conduct a survey for its full use.