Netaji's statue is 28 feet high and weighs 65 metric tons, It will be unveiled today 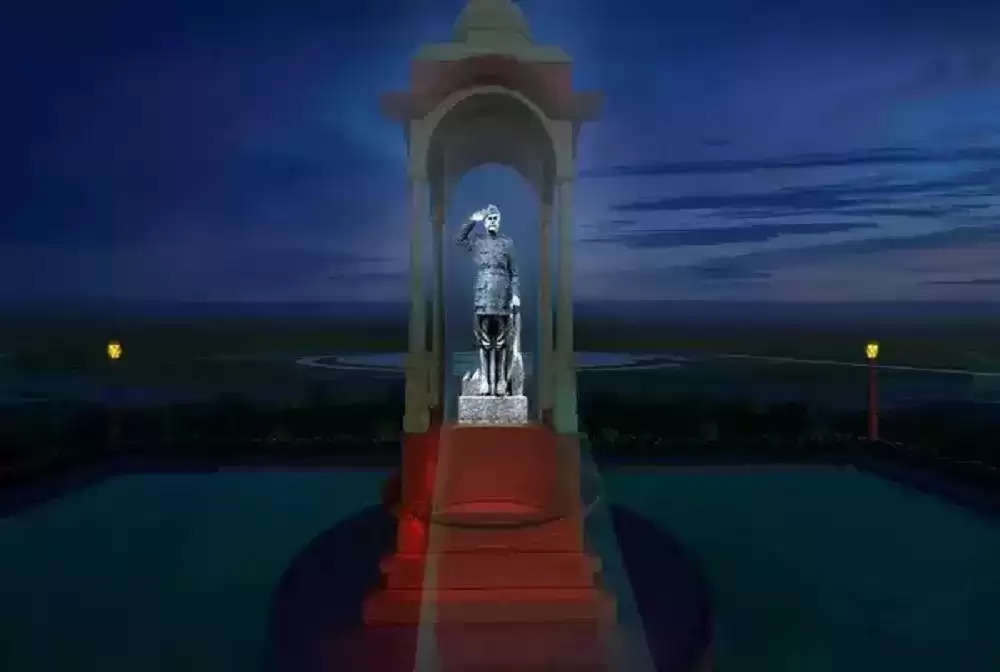 The PMO said that this statue made of granite will be a true tribute to Netaji for his contribution to our freedom struggle and will be a symbol of the country's indebtedness to him.

The 28 feet high statue, designed by the chief sculptor Arun Yogiraj, is carved on a granite stone and weighs 65 metric tons. The statue of Subhash Babu is being installed where the statue of King George V of England was installed in 1968.

'Duty Path' will also be inaugurated

Prime Minister Narendra Modi will also inaugurate the 'Durty Path' today. The 'Kurtavya Path' is the route from Rashtrapati Bhavan to India Gate. Along with lawns and greenery on both sides of this road, a walkway made of red granite stones for pedestrians adds to its grandeur. The route will have renovated canals, state food stalls, blocks with new facilities, and sales stalls.

Rajpath was renamed as 'Duty Path'

The New Delhi Municipal Council (NDMC) has changed the name of 'Rajpath' to 'Dutty Path' by passing a resolution received from the Ministry of Housing and Urban Affairs. Now the entire area from Netaji Subhas Chandra Bose's statue at India Gate to Rashtrapati Bhavan will be called 'Duty Path'.

In a statement on Wednesday, the PMO said the erstwhile 'Rajpath' was a symbol of power, and the renaming of it as 'Duty Path' is a sign of change and is also an example of public ownership and empowerment. The PMO said that the inauguration of 'Kartavya Path' and the unveiling of Netaji's statue is in line with the second vow of Prime Minister Modi's call for 'Panch Prana' for a New India during the Amrit period, in which he vowed to eliminate every trace of colonial mindset.