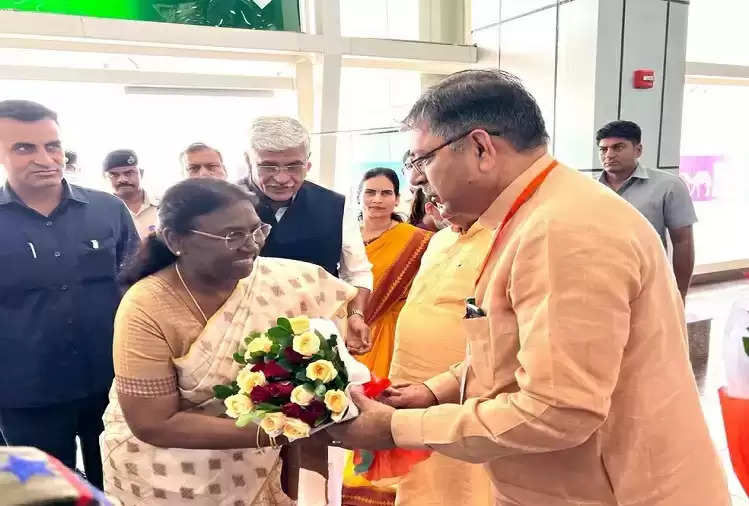 NDA candidate for President Draupadi Murmu has reached Jaipur today. Draupadi Murmu, who comes from tribal society, was welcomed at Jaipur airport by BJP leaders in Jaipur. State President Satish Poonia welcomed Draupadi Murmu with flowers. Many big leaders of BJP were present during this.

NDA candidate for the post of President Draupadi Murmu, besides meeting BPJ MLAs and MPs in Rajasthan's capital Jaipur, will also interact separately with distinguished and enlightened people coming from the former tribal society.

Here she will appeal to BJP MLAs and MPs for their support.

During this, BJP's state in-charge and BJP's National General Secretary Arun Singh as well as all the office bearers of the state associated with the party will be present. Significantly, the BJP has 24 Lok Sabha MPs in Rajasthan. While 71 MLAs belong to the Bharatiya Janata Party.