Many big leaders on the target of PFI; The task was to connect the youth with Lashkar, Al Qaeda, ISIS 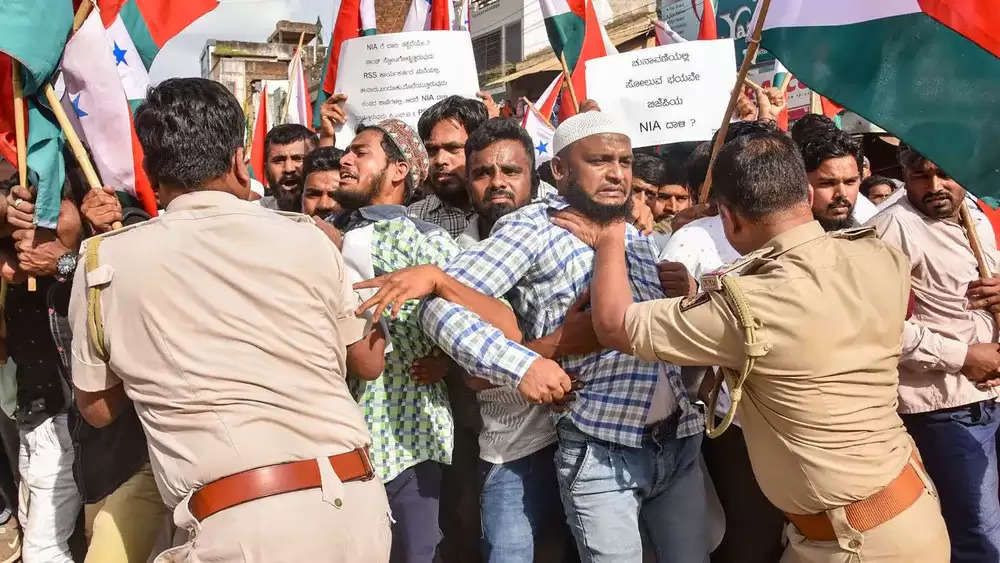 After the NIA's action on the Popular Front of India (PFI) across the country, the PFI's Plan B has been exposed. In this revelation, the nefarious designs of the Islamic organization are revealed. It is being told that in Uttar Pradesh, PFI has prepared several wings with a new name to avoid the action of agencies. These include- the Social Democratic Party of India, Rashtriya Mahila Morcha, Campus Front of India, Akhil Bharatiya Imam Parishad, All India Legal Council, Rehab India Foundation, and National Confederation of Human Rights Organization. These organizations have been created to evade the restrictions of government agencies and spread the agenda.

PFI had already prepared these organizations to take forward its agenda, through which its purpose is to take forward its agenda in the country. However, as soon as the agencies came to know about it, they exposed it. It is clear from the preparations of the NIA that the conspirators do not want to leave any end of this organization. Whenever there is action on PFI, it brings some other face of its own.

According to sources, all the leaders of PFI were already aware of this action. So the preparation was done accordingly. The leaders of the PFI had already started many other branches to mislead the Indian investigative agencies. Strong evidence of this is present with TV9 Bharatvarsh. According to a government report, through all these different wings, the PFI is busy carrying out its anti-national designs by throwing dust in the eyes of the investigating agencies. The purpose of all these branches is to increase their agenda of terror in all the cities of India by avoiding the eyes of the investigating agencies.

According to the report, PFI raises funds in the name of social work and uses it for anti-social and anti-national propaganda. Along with this, it also works to brainwash youth in schools, colleges, madrasas, and Muslim-majority localities and recruit them into banned organizations to promote their radical ideas. The PFI trains its members not only about radicalization but also on how to spread violence to them.

This organization has trained more than 200 terrorists in South India, whose purpose is to use them as human missiles during riots against non-Muslims. Let us tell you that PFI used to use the deposited funds in different ways to help the accused in the UAPA case. According to the information, there were many big leaders on the target of PFI. The purpose of this organization was to link the youth with terrorist organizations like Lashkar-e-Taiba, AQIS (Al Qaeda in the Indian Sub-continent), and ISIS (Islamic State of Iraq and Syria). Indian investigative agencies arrested at least 106 people from across the country associated with PFI on Thursday.

Chances of a demonstration against NIA action

There is a possibility of uproar in many parts of the country today in protest against the action of the National Investigation Agency of PFI. In view of this, along with the security agencies, the police have also become very alert and security has been tightened in many cities. Let us inform you that the agency has raided 93 locations of PFI in 15 states of the country and arrested a large number of people involved in terrorist activities. Sharp weapons have been found in many places during the raid. According to sources, this Islamic organization may organize a protest today under the guise of Friday prayers.