Madhya Pradesh: An 8-year-old son sits on the roadside with the body of his 2-year-old brother on his lap. 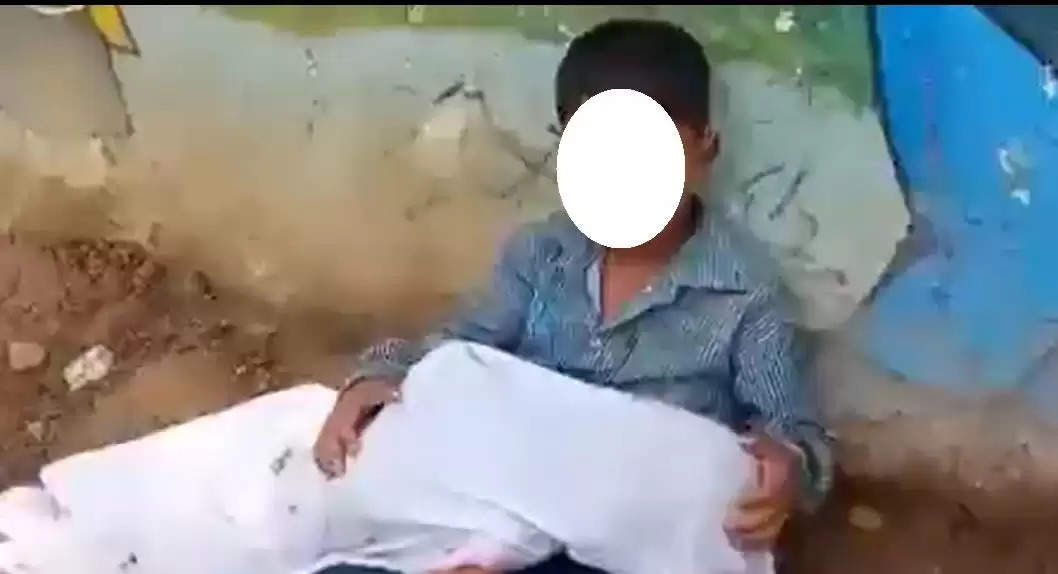 This incident took place in the Morena district of Madhya Pradesh, this incident occurred when their father went to search for a vehicle to take the body to their native village.

According to, poojaraJatavhas bought his 2-year-old son to hospital as he was suffering from Anaemia and other ailments. Later ambulances droppedJatav along with the sick son who has died during treatment and his eld brother to Morena.

The child stood there with the body laying on his lap and waited for his father to return As he went out, searched for a vehicle that could take them to their village.

Upon receiving information about the incident, Kotwalipolice in charge Yogendrara Singh arrived and picked up the body from the boys’ lap. Later when Jatav reached the spot, an ambulance was organized and the body was taken to their village.

Jatav said that when he reached the doctors and staff for the vehicle, they instructed him to rent a vehicle on his own. Later an Ambulance driver asked for 1500 but Jatav did not have so much money with him. So he made his elder son sit roadside in front of the park and kept the body on the younger son’s lap. He also added, “ I have four children, three sons and in daughter. My wife went to her parent’s home and has not returned from 3 months since I’m taking care of my children”.

Meanwhile, lashing out at the state administration, state Congress chief and former Chief Minister Kamal Nath tweeted: “In Morena, an 8-year-old child was sitting in the hospital with the body of his 2-year-old younger brother. His father PoojaramJatav kept pleading for an ambulance to take the son’s body to the village, but he did not get an ambulance for a dead body for hours.”

Nathrequiredto knows from chief minister Shivraj Singh Chouhan why there is a dearth of ambulances in the state.