Lucknow Viral Video: Romance on scooty in the middle of the road cost the couple a lot! 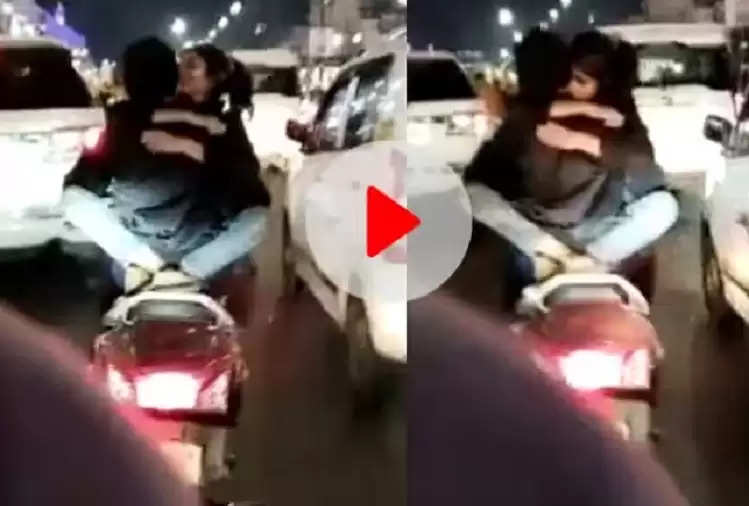 In Uttar Pradesh's Lucknow, a loving couple has found it difficult to romance while driving a scooter in the middle of the road. Taking action against them, the police have arrested the boy. It is being told that people got angry after seeing the action of the boy and girl in the viral video.

According to the information, both the boy and the girl were on the scooty and both were romancing each other on the moving scooty. The manner of sitting of the girl was such that people were enraged to see her. After this, a bike rider following them made videos of both of them and made them viral on social media.

People shared the video and on the basis of that the complaint reached the police and the police registered a case. Taking action, the Lucknow police arrested the youth. At the same time, the police said that the girl is a minor.