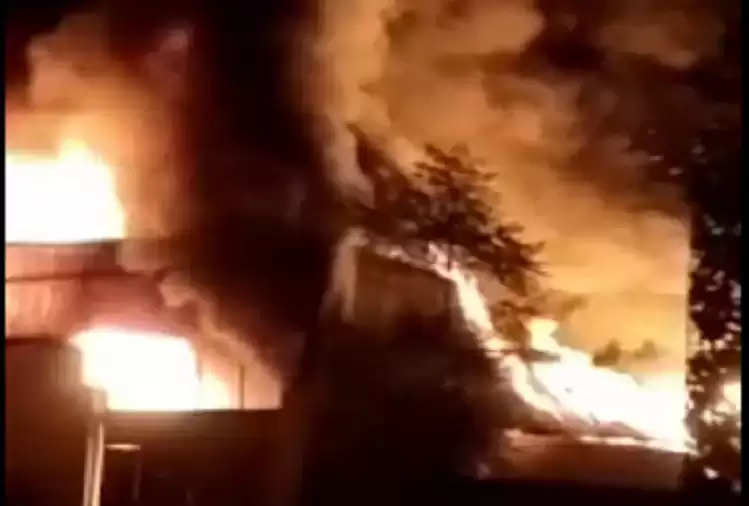 A massive fire broke out in a plastic grain factory in the Harmada police station area of ​​Rajasthan's capital Jaipur this morning. Due to this, there has been a loss of about 2 crores including the goods in the factory.

According to reports, AFO Lokesh Kumar Gothwal has given information in this regard. He said that a plastic grain factory named Divya Enter Prizes located in Nangal Purohitan village of Harmada resident Gulab Singh suddenly started rising around four o'clock on Friday morning.

After this, fierce flames of fire started rising in this plastic grain factory. Seeing this, panic spread among the local people.

After this information was given to the police and Vishwakarma Fire Brigade. On getting the information, the fire brigade team reached the spot. The team brought the fire under control in about 2 hours with the help of 6 rounds of nine fire tenders.