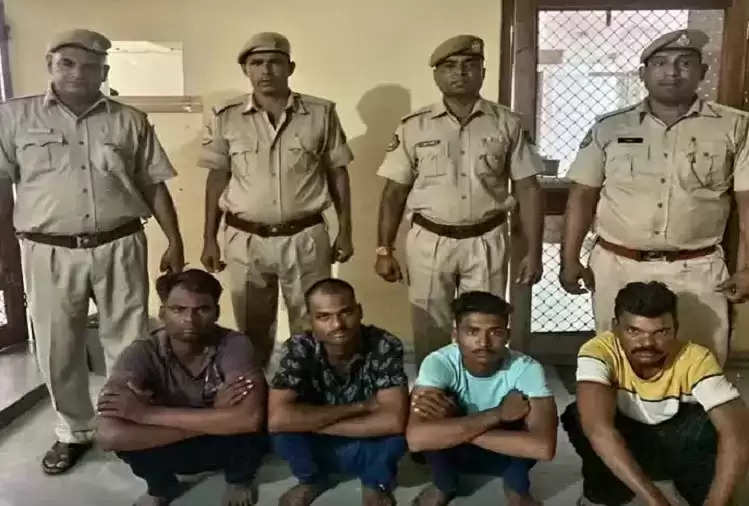 The Rajasthan Police has succeeded in taking action against the gang who extort money from women by becoming fake police. According to reports, the Bhankrota police station of Jaipur has got success in arresting four vicious miscreants of this gang of Madhya Pradesh today.

DCP West Vandita Rana informed that a complaint had been received from the woman regarding a gang extorting money. On the complaint of a person named Kamlesh, a search was started for the four miscreants in the vicinity of the Bhankrota police station area.

The police got success in nabbing the four accused today. After interrogating these people by bringing them to the police station, it was found that they are from Ratlam in Madhya Pradesh and the Bahrupia gang of Ujjain.

All these four people were engaged in carrying out crimes by going to different places wearing police uniforms while staying in a slum on the outskirts of Jaipur.

The names of the four people caught by the police, in this case, are Bhuranath, Arjun, Deepak, and Hemant. Rajasthan Police uniform, batch, monogram, and two bikes have been recovered from these people by the police.

These people have accepted the fact of carrying out the crime in Pratap Nagar, Khonagoria, and Mansarovar police station areas of the capital Jaipur.