International Yoga Day: Yoga has been an integral part of our lifestyle related to personal, physical, mental, and spiritual well-being: Kalraj Mishra 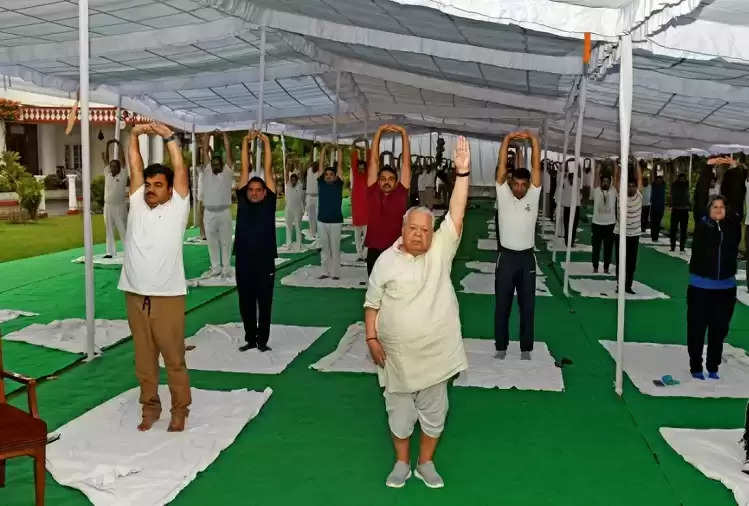 Governor Kalraj Mishra along with officers and employees performed yoga for about an hour in a yoga function organized at Raj Bhavan today on International Yoga Day. During this, the Governor of Rajasthan, Mishra also performed pranayama related to yoga, dynamic and static asanas, anulom-vilom, kapalbhati, bhramari etc. On this occasion, Mishra said that along with keeping the life healthy with yogic routine, the mind can also be kept positive always. He said that Yoga is Indian culture.

The Governor said that by doing yoga the individual consciousness is harmonized with the universal consciousness. This maintains balance in life at all levels. Describing yoga as important for world peace and harmony, he also called for coordinated efforts for global protection and a maximum spread of this great tradition, while wishing everyone on the International Day of Yoga.