Instead of admission, patients were referred to BHU, the MLA talked to the Deputy CM and did the treatment 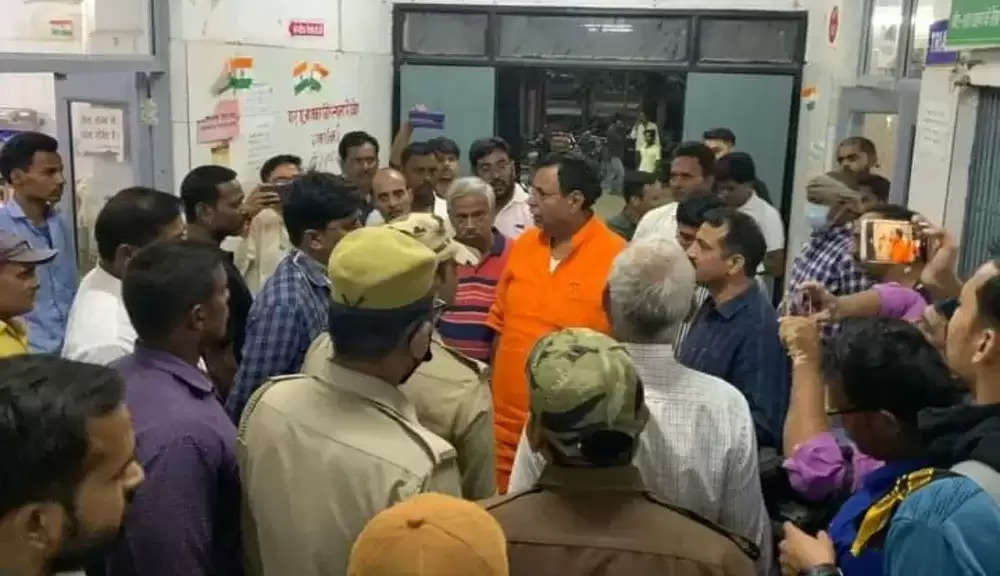 In Mirzapur, Uttar Pradesh, once again a case of disorder in healthcare has come to the fore. Here the doctors and staff posted in the divisional hospital, instead of admitting the patients, refer them to other hospitals including BHU. This time the matter was about an acquaintance of the MLA. When the patient has referred in this also, the MLA directly made a call to Deputy Chief Minister Brajesh Pathak. Then somewhere the treatment of the patient started in the hospital. This incident has raised questions about the health service of Bihar. This issue is very much discussed on social media.

This incident happened on Sunday afternoon. 70-year-old Gulab Chand Jaiswal, a resident of Sankat Mochan, Mirzapur, had respiratory problems. He was taken to the Divisional Hospital in critical condition on Sunday, but doctors referred him to BHU on seeing him. Whereas the family wanted to get treatment here. Begged many times, but the doctors did not listen. In this, someone knowledgeable of the family called the city MLA Ratnakar Mishra. The city MLA also immediately reached the hospital and asked the doctors to admit him. But the doctors did not listen to him either. After this the MLA got him to talk to the Deputy Chief Minister. After this, the treatment could be started by admitting the patient.